The Buenos Aires town of Los Toldos owes its name, precisely, to the Mapuche community – the largest in the province – installed in the area. The political scientist Verónica Azpiroz Cleñan tells that there are decrees of 1868 and 1872, that is, before the Conquest of the Desert, which validate the community’s possession of a territory of 16,400 hectares in that area. But after a long stripping processor, today it has only half a hectare left.

This 48-year-old Mapuche woman, Kalfuñam’s mother, a 14-year-old boy, adds that she witnessed the last stage of that process, which took place in the early 1980s. “I was about eight years old. I remember that an act was organized in which the State granted possession titles within our territory to colonists who had arrived later. Twenty-year possession had more weight than the ancestral. On that occasion the community also lost its cemetery within an area that was fenced off. A monolith was placed there in which the State thanked the Mapuche community for having left behind their barbaric acts. The monolith remains to this day, “he maintains in dialogue with LA NACION.

In a locality where the monks have their own cemetery and there is even a private cemetery, the Mapuche community was still unable to recover theirs. “Structural racism is seen in public policies. The State does not resolve. Instead of generating policies for the exchange of knowledge, it closes all dialogue and imposes regulations that derive from a scientific reason and a positivist right,” reflects Veronica.

This clash between cultures that almost always ends up violating rights and hindering customs for native peoples is also manifested in minor, everyday aspects, but not for that reason less fundamental. In a country like ours, where there are usually no obstacles to the registration of children with exotic names, Veronica says that he had to ask INAI for permission to call his son Kalfuñam, which in the Mapuche language means Blue Eagle.

As can be assumed, the integration between the Mapuche community and the rest of the inhabitants of Los Toldos has not been the best. Veronica says that, historically, there was a clear differentiation between the two groups. That within the town, the place where the community lives is known, to this day, as “The tribe“

So it is easy to understand that she, who grew up in town until her family moved to Lincoln, has lived a good part of her life completely. dissociated from its indigenous roots. “From a young age they mark you as different, make you feel wild. So you grow up with the implicit mandate not to say that you are indigenous. During my childhood there were no Mapuche organizations that worked to reinvict their identity. No one had asked me, but the fact that my grandparents were Mapuches was something that I did not count. That was not discussed, “he recalls.

It was not the only one. The number of Mapuche inhabitants of Los Toldos is, to this day, an enigma. Not all people with indigenous roots are able to assume themselves as such when the context towards them is so hostile. In fact, Veronica was only recently able to embrace her identity at 26 years, when I was studying Political Science in La Plata. There he realized that he had lived with a part of his identity not assumed, masked.

“I lived a life as a middle-class girl in which I knew I could not speak about certain topics, where I could not tell that my grandparents lived in La Tribu. That is why I am so moved to hear the stories of the children of the disappeared. I feel that I lived a whole life that was not my own. When you realize it, you want to kill yourself. I had to start therapy because I began to wonder if everything in my life – my choices, my affections, my friends – was true, “he says.

After living 14 years in Buenos Aires, he returned to Los Toldos. There she lives today with her son Calfu. “There came a point when I realized that, in order to live my spirituality, I had to return to the territory, I could not do my ceremonies on the balcony. In Mapuche spirituality there is no dogma, you experience it with the territory,.

With a doctorate in Collective Health in process (“that I already know that I am not going to be able to defend in the Mapuche language as I would have liked, because no national university allows it,” he says), Verónica is part of the Tejido de Profesionales Indígenas, an organization that is made up of people from 19 villages and who speak 9 different languages. As he explains, they are professionals who seek dialogue between knowledge between the scientific world and the central world so that it can be translated into public policies.

“That INAI appoint officials without the consensus of indigenous organizations is a sign of not having understood our claims. It is a kind of dictatorship towards the interior where a few decide policies for the whole community “he maintains.

Looking ahead to the next census, Verónica hopes that she will contribute a certain number of the indigenous population in the country. “If we don’t know how many we are and what state we are in we cannot generate public policies on what we do not know. For example, the census template does not recognize the indigenous language. There is a delay in the measurement and incorporation of the ethnic variable in public policies. Today, for example, it is not known how many indigenous people died from COVID, “he concludes. 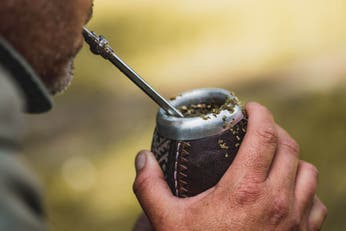 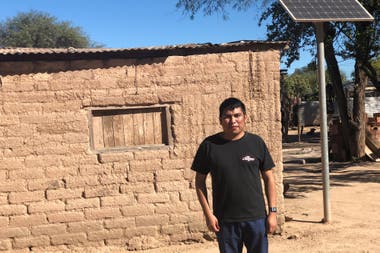 Last May 30, police personnel from the Third Police Station in Chaco violently entered, without a search warrant, the home of a […] 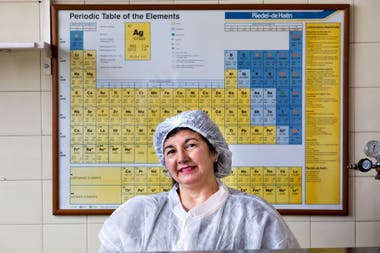 Four of the members of the Farmacoop cooperative, currently dedicated to the production of alcohol gel but which, thanks to a subsidy, […]