The advance of the

In vulnerable neighborhoods, as specialists maintain, he confirmed how the

These sectors directly affect the danger against Covid-19 and other diseases. In addition, as they warn, in a context in which the health system devoted all its resources to the emergency, other

Previous problems run the risk of deepening in these areas

, such as the lack of access to medicines or the delay in check-ups to control pre-existing pathologies. Lack of resources

These are other factors that increase the difficulty of going through this highly stressful moment imposed by quarantine.

These and other conclusions follow from the report “Capacity for human development and labor rights in the urban population at the end of the decade 2010-2019. The challenge of equity in Argentina in the face of the social and health pandemic”, which was published today by the

from the Universidad Católica Argentina (UCA) and to whom

exclusively agreed. Work puts on the table the

Regarding access to health and psychosocial resources that exist among the different social sectors of the country, a situation prior to the arrival of the

and that affects the current picture.

According to Agustín Salvia, director of the ODSA, all these variables leave “marks regarding the risks of disease” that are cumulative and very different according to the social segments. “In the current context, Covid-19 is a deadly virus for the poor, as are pneumonia, dengue, influenza, intestinal infections, among many other causes of death that cross them every day,” he stressed. the sociologist.

Some of the surveyed data shows how the proportion of those who said they were sick in 2019 is almost three times higher in the “marginal worker” stratum (26.5%) than in the “professional environment” (9.7%). On the other hand, among those who

they did not agree to a regular medical consultation

During the past year, the values ​​doubled in the most vulnerable strata compared to those with the highest purchasing power, education and production.

For Salvia, inequity in health is expressed in segmented access to medical services, with

, both at the primary and secondary levels. However, he considers that “it is much more important to bear in mind that the risk of the disease is prior to care” and that this group “does not face the same danger due to multiple factors, such as personal development in the context of poverty, malnutrition, chronic health problems, lack of vaccination, or unhealthy habitat. ”

Covid-19 is a deadly virus for the poor, as are pneumonia, dengue, influenza, intestinal infections, among many other causes of death that cross them every day.

Along these lines, the ODSA report also reveals how throughout the decade and especially in the last period, social inequality in the use of

like first aid rooms and hospitals. Only 5% of the medium-high sectors and 3% of the average professional socio-labor strata use them. On the other hand, 56% of those who belong to the very low and 60% of those included in the marginal working group (60%) are served there.

In 2019, more than 60% of people did not perform physical exercise, a percentage that rises to 80% in the case of individuals whose head of household belongs to the marginal worker stratum

On the other hand, during the past year, 22% of people who said they had health problems were unable to access medical care, while 37%

necessary due to financial problems. Furthermore, one in four Argentines with anxious or depressive symptoms did not go to the doctor; while four out of ten could not access medications.

The preliminary results of a survey carried out over the past weekend by the ODSA in the city and the suburbs – it was made on 1775 cases that had been surveyed last year – show how during the pandemic, more than half of 60% of respondents who replied that they needed some type of treatment, operation, diagnosis or medical control, should

postpone or cancel it

. This is what Solange Rodríguez Espínola, an ODSA researcher and one of those responsible for the survey, explains.

Among those who were able to resolve the need for

, the figures (which are not yet the final ones) also reflect large differences: while 19.5% of people belonging to the professional medium sector channeled their consultation through this medium, the percentage fell to 6.9% in the marginal workers.

Regarding the presence of

for not having a prescription or not being able to attend the pharmacy, it climbed to 27.8% in the marginal working sector compared to 15.3% in the professional middle class.

The doctor Alejandra Sánchez Cabezas, director of the

and the Health Observatory of the Group of Foundations and Companies (GDFE), stresses that the first effect of the pandemic is inequity in access to health in relation to income, social situation, the social group to which one belongs and to the place of residence.

In this sense, it considers that measures must be implemented that guarantee a

and effective communication that clearly explains to the population how to access the treatment of communicable and non-communicable, chronic and acute pathologies (emphasizing the increase in dengue cases), to sexual and reproductive health services (with a focus on the prevention of unintentional pregnancy that in our country reaches 70% of live births, in adolescents and in access to the legal termination of pregnancy) and the treatment of cardiovascular diseases.

When the pandemic ends we are going to find many people discovered in terms of health, with unwanted events, from more unintended pregnancies to chronic untreated patients

“When the pandemic ends we are going to find many people discovered in terms of health, with unwanted events, from more unintended pregnancies to chronic untreated patients; but, in addition, with a totally worn out, underfunded, de-hierarchized and unhealthy health system resources, “says the doctor.

In 2019, 22.8% of those interviewed by the ODSA reported feeling uneasiness, agitation, hopelessness, sadness, tiredness and nervousness. These symptoms deepen among people with the highest social, economic, residential, educational and work vulnerability. For example, those who refer to belonging to a professional labor stratum perceived a

in a lower proportion (14%) than those included in the marginal worker group (33%).

feel little or nothing happy

it also increases as the socio-occupational stratum and the socioeconomic level of the population decrease. Self-perception of being unhappy is four times more frequent than the interviewee’s higher socio-labor marginality. In fact, one in four of the respondents with the worst working and educational conditions feel unhappy, compared to only about 6% of the average professional stratum.

In other words, the report shows that twice as many individuals living in poverty reported feeling little or nothing happy when compared to those living in households with better economic incomes.

The specialists emphasize how psychological resources and social containment take on a leading role in the face of a situation of isolation due to a health emergency such as the current one, which deepens the relationship between economic informality, poverty and social exclusion. Living conditions, both in the lower middle sectors and in the informal sector of the social economy in the context of a pandemic, are deteriorating further.

For María Agustina Paternó Manavella, psychologist and researcher at ODSA and CONICET, the pandemic and social isolation, on the one hand, exacerbate the

, since people tend to feel nervousness, hopelessness, restlessness, agitation and insomnia, among others. On the other hand, the deficiencies in the residential spaces, the precariousness of the houses and the lack of basic services affect the way of sustaining or passing through the state of sanitary emergency.

“There is a percentage of the population that lives in overcrowded conditions, or with a deficit sanitary system due to not having a sewage network or drinking water, making it difficult to comply with sanitation measures and, probably, increasing their exposure to the virus”, maintains Paternó Manavella. And he adds: “On the other hand, the economic difficulties underlying not being able to sustain medical or pharmacological treatment substantially increase and potentiate the socio-sanitary crisis.”

It is another variable to take into account in a scenario where support links become essential: four out of ten adults from households in the marginal working class mentioned not having a social support or support network (family or friends), while it is only evident in one in ten of the average professional household stratum. Just one more example of how inequalities are deepening in times of pandemic. 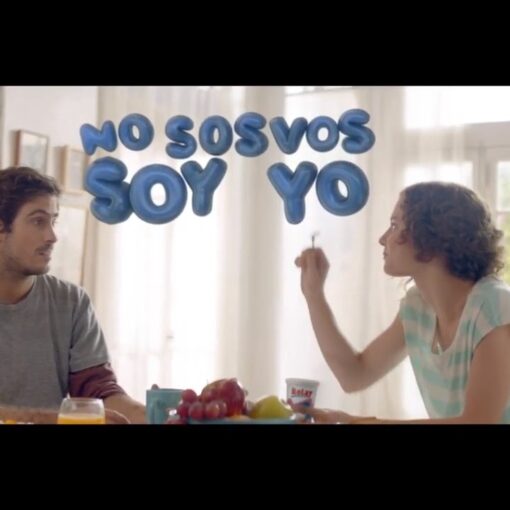 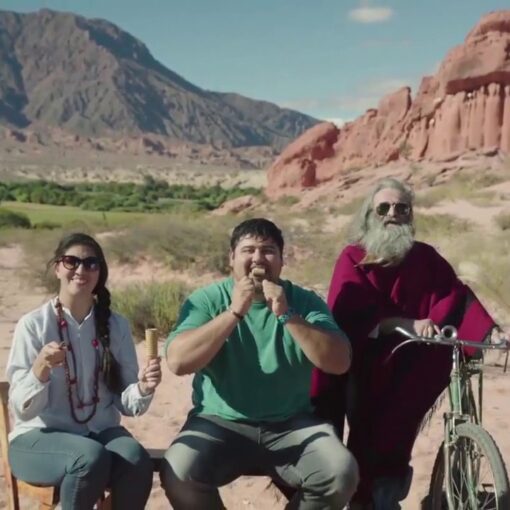 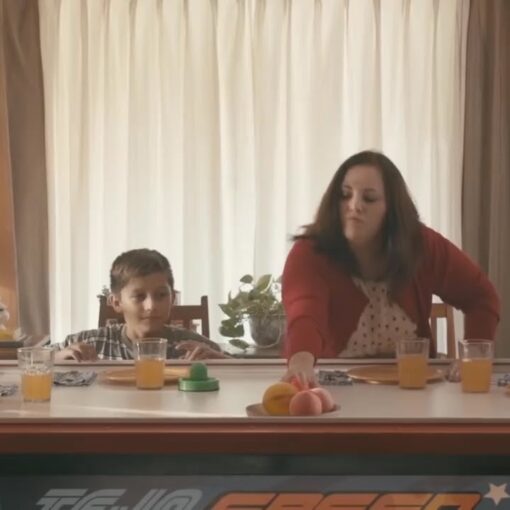 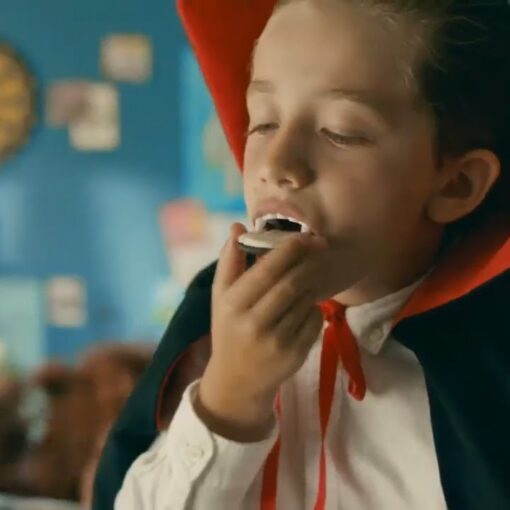