From the age of three months, Patricia Gomes the pride of the origins sucked. The roots of your family tree go all the way Cape Verde, that small African island that was a Portuguese colony until 1975 and from which many had to flee to escape hunger and violence. From there came his paternal grandparents and great-grandparents, in different migratory waves. It was precisely in the house of those paternal grandparents where Patricia was forging her Afro-Argentine identity, surrounded by uncles and relatives who turned that pride into activism in favor of the rights of Afro people and against racism.

Today, Gomes continues that path. Lawyer, Afro-feminist activist and anti-racist, she is also part of the Mutual Aid Society “Unión Caboverdeana” and of the Gender Area of ​​the Organizing Commission of November 8, “National Day of Afro-Argentines and Afro Culture”. In parallel, she works at the Institute against Discrimination of the Ombudsman’s Office of the City of Buenos Aires and integrates the ad honorem Advisory Council of the Ministry of Women, Genders and Diversity.

“By being black, you already have at least a triple oppression: you are black, a woman and surely poor,” she says. On the International Day of Afro-descendant Women -which is celebrated today, in commemoration of the First Meeting of Afro-Latin American and Afro-Caribbean Women, which was held in the Dominican Republic in 1992-, Gomes analyzes, in dialogue with LA NACION, what the situation of the Afro-Argentine woman. And she believes that the challenges ahead are enormous.

How does growing up in a home like your grandparents influence when going out into the world and dealing with an adverse context towards Afro-descendants?

Once we left my grandmother Zuni’s house, one there was faced with racism and discrimination. I think that forging that pride and self-esteem led me to become involved in activism and made it easy for me to deal with being black and never hiding it, which is what happened to many people.

Easy enough to be immune to that racism?

No, of course not. As a good Argentine black woman, from school to adulthood I have gone through situations of racism. At school, what we now call bullying already existed. The harassment and ridicule of people who were outside the norm was. When they went to look for me at the garden and at the school in primary school, the boys would see my grandmother or my father who are blacks, and I was already “black from the village”, “black” this, “black” the other. It was constant. Having had this education did not make me immune to situations of racism but allowed me to face it differently. As soon as something happened at school, my aunt or my mother would talk to the principal and the teacher and the subject would be worked on. It is what continues happening. I still have teenage cousins ​​and, if something happens at school, come on. But that does not happen with everyone. Equally those things generate a degradation of the self-esteem.

You are a lawyer, you work in a public body that fights against discrimination and you integrate an advisory council no less than in the Ministry of Women, Gender and Diversity. When one observes this trajectory, one might think that racism in Argentina does not exist. That university education and the labor market do not make distinctions of any kind. Is this really so?

I could say that I am an exceptional case. I had the possibility to study, but it took me many years to do it, mainly due to financial difficulties. It is true that I also have a job and do what I like, but that is not the general situation of Afro-descendant women in this country.

How is the situation of the Afro-Argentine woman?

Today, most of our community is poor, has no formal jobs, or school terminology. And this means that there are very few of us who can access the university. Many people did not even finish high school. Thus, the situation of women is alarming. In addition to suffering racism and sexism, most suffer marginalization when we go to find a job. Nobody wants a black woman attending an office or a counter. The pandemic exposed the level of informality in which many of our women are. Many are heads of families, have dependent children, are alone. Not even the Emergency Family Income (IFE) has access to how far they are.

All this in a general context of gender inequality.

With being black, you already have at least a triple oppression: you are black, a woman and surely poor. That from the go. Then other elements are added: if you are LGBTQ +, migrant or if you have a disability. This makes our realities more complex than those of other women. But I’m not saying that it only happens to us. I am aware of the oppression suffered, for example, by indigenous comrades. That is why we believe that it is important to include the ethnic-racial and anti-racist perspective in all state policies.

In general, gender issues are homogenized. As if all women had the same problems, or affected us in the same way.

Exact. A few days ago we raised with the Ministry of Women, Gender and Diversity the need for there to be a specific area that works on issues related to Afro-descendant women and diversities, because there is a specificity that needs to be addressed. Another thing that we propose is that there are no statistics on the socio-economic, work, health, or educational conditions of the community. This universalization of the category of women was what was always promoted from traditional and hegemonic feminism. But it conscientiously left out the realities of black women, including white, indigenous, migrant working women. It is a historical demand of counter-hegemonic feminisms such as black feminism, that we come to check this construction of the unique woman. Not all women are equal, not all suffer the same, we are crossed by other oppressive institutions such as racism, classism, transphobia, etc.

What have been the main advances in public policy so far?

The advances were very few and counted on the fingers of one hand. It is true that, at least since 2003, there were changes in the State’s relationship with social organizations when, for example, in 2004/2005, then-President Néstor Kirchner called for the first time in history for Afro-descendant organizations to become involved in the elaboration of a public policy such as the National Plan against Discrimination. Then we can say that in the 2010 census, when the question was pointed out that points to self-recognition or ethnic origin, one of the great conquests of the black movement in Argentina after decades and decades of demanding from the State that it had to include in a census Afro population measurement. Obviously, the results were not as expected because the question was included in the expanded form, which only applied to 10% of the population. What was obtained was a sampling. The numbers said that there were about 150,000 people who recognized themselves as Afro-descendants, 0.4% of the population.

And in a context in which, as he said, there is a lot of denial of origins.

So, for the census that was going to be this year, which I think will be done next year, the idea is to work hard on raising awareness beforehand, to inform people what it is to be Afro-descendant: does it have to do with skin color? There are many people who, due to miscegenation and because several generations passed, lost their features. But if you have a grandfather or great-grandfather or someone in a family tree that was black, African, Afro-descendant, that makes you Afro-descendant. We must deconstruct this idea that black only has to do with skin color when it is not. It has to do with an origin and an identity.

In addition, you integrate an ad honorem advisory council in the Ministry of Women, Gender and Diversity. What are your expectations?

I think there were some gestures by the ministry, such as the inclusion of an Afro-descendant person within the Advisory Council. What yes, the first time the council was formed, they had left out the Afro-descendant community. There we began to make a move by networks to denounce that once again the State was leaving us out. It seems they picked up that claim and called me. Until now I had only one meeting, where I was able to present the minister with proposals for concrete actions, measures that the ministry should take to begin to reverse the situation of structural inequality of our women and diversities. I think there is good will, we are waiting for concrete facts, but I think it is a new ministry, a new management and this requires time.

He said that the first situations of racism were experienced at school. This is usually frequent in the personal history of Afro-Argentines. However, so far there is no work policy for these topics in the school environment in the manner of the ESI. Should there be something like that?

Totally. It has been a demand of the Afro movement for many years. There were some articulations that were made some years ago with the Ministry of Culture and some material was taken out, but we depend a lot on the good will of the teachers. The ethno-racial perspective has to be in all policies. Also in education, which is where we need it most. School is one of the first places where racism begins to manifest in children.

And in school events certain stereotypes are still reinforced.

In the school acts all the prejudices and stereotypes that were built of the blacks and the blacks are shown: the black seller of empanadas, the black seller of candles and always as in that condition of happy enslavement that is another lie built and that hides great feats of people of African descent who gave their lives for the liberation of this homeland. The main example we have is that of María Remedios del Valle. No one wants a poor black mother, but in Argentina the mother of the country is a woman, black and poor. Through her figure we were able to start doing a job in schools but it is quite a job for organizations, to the lung.

After George Floyd’s crime, the problem of racism settled strongly in our country. Are you optimistic about the effects that this greater visibility could generate within the Afro-descendant community?

I am going to sin in the negative, but I am not optimistic. We always talk about what happens in other latitudes, we are horrified by what happens in the United States as if the situation of Afro-descendants here in Argentina was much better. We are not that far from what is happening in the United States. The difference is that the situations of violence and institutional racism that many of our colleagues suffer, especially the Senegalese, who are those who live on street vending, are not mediated. So what is not seen and is not named does not exist. The truth is that we, Afro-Argentines, too, as soon as we are aliens, we automatically become part of a dangerous group and the police also criminalize us. Hopefully it will generate changes, but profound changes must be generated from the State. And until the State effectively takes up the post to combat racism, nothing will happen. 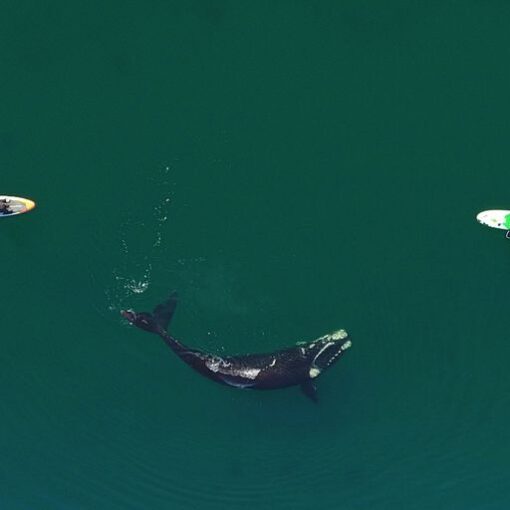 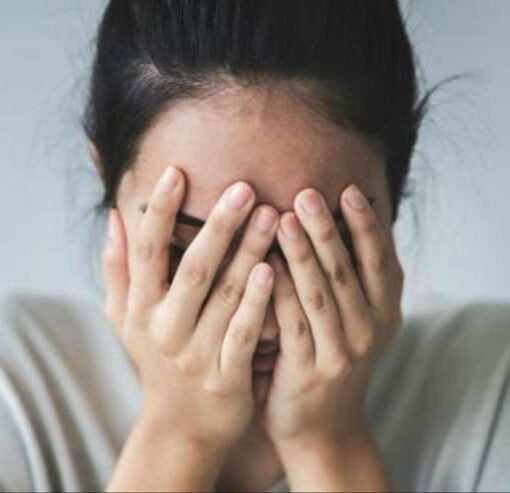 The risk of women experiencing violence within their homes increases with preventive isolation. Faced with this situation, neighbors, friends or family have […] 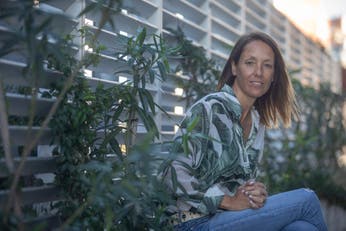 In the middle of the pandemic, Nacho Browne, 28, committed suicide in Buenos Aires; Jess, his mother, had to do much of […] 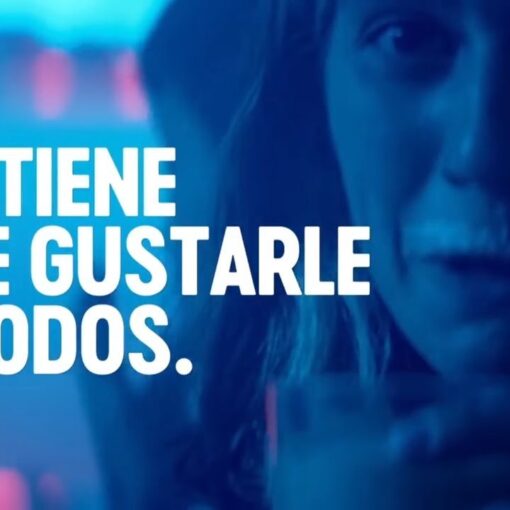