Despite the fact that this is a problem that is growing worldwide, specialists warn that the majority of cases of sexual abuse in children and adolescents are not detected or reported. Not only do the boys tend to be silent out of fear, guilt or shame, but often they do not present physical injuries, witnesses, or specific behavior. In addition, there are cultural myths and prejudices that further complicate the situation for victims of abuse.

However, it is estimated that of every 1,000 abuses, only 100 are reported and one is convicted, and according to studies by the Forensic Medical Corps, false reports do not reach 4%.

For these reasons, together with Unicef, several specialists demolish some of the most frequent myths that are often heard about sexual abuse.

1. Sexual abuse of children and adolescents is not frequent

According to data from the World Health Organization (WHO), one in five women and one in 13 adult men declared having suffered sexual abuse in childhood. According to Paula Wachter, director of Red por la Infancia, in our country, at least 20% of children are victims of abuse, approximately 2,000,000.

2. Children lie, invent or fantasize, therefore their sayings are not credible

These statements only indicate prejudices present in our society that disqualify and invalidate the sayings of children. “The story of abuse exposes us to the sinister; it is easier to believe that they are lying or ‘confused’ than to accept that one in five boys is going to be abused before the age of 18,” says Wachter. Silvia Ongini, a child and adolescent psychiatrist in the Department of Pediatrics at the Hospital de Clínicas and a specialist in the subject, stresses that “at three years of age, children clearly differentiate fantasy from reality, and cannot fantasize about elements of adult sexuality that have not been presented to them” . On the other hand, it also explains that boys do not lie more than adults and that in general it is adults “who have more reasons to lie and deny abuse than a child to ‘invent it'”. In this line, the doctor details that there are already many studies that show that you cannot implant memories that exceed the daily knowledge of a child.

3. Aggressors are socially isolated people who have a specific personality profile and some type of mental illness or perversion.

Anyone can be an abuser and bullies do not have a common psychological profile. Even specialists emphasize that, in most cases, the abuser is usually an important emotional reference for the boy or girl.

4. The aggressors are almost always unknown

80% of the cases of abuse of children and adolescents are intrafamilial and, according to Wachter, in most cases, the aggressors are the biological parents or the one who fulfills the parental function.

Many times, in cases of domestic violence, justifications are used such as “if it is reported, the child will lose his family and this will be worse for him”, or that privacy is a matter for each family and nobody should interfere: “This only minimizes the right of children to be protected to privilege family stability, “highlights the specialist.

Instead of physical force, they often employ persuasion and manipulation tactics, games, tricks, and threats to engage children and maintain silence. “In all cases, the victims are in a relationship of submission, whether due to affection, admiration or fear of the adult abuser,” explains Ms. Alejandra Perinetti, national director of SOS Children’s Villages.

6. The aggressors are always men

While at a much lower percentage, abuse can also be perpetrated by women.

7. Sexual abuse occurs against children from families with fewer resources

Abuse occurs in all social strata; However, it is true that there is a statistical underreporting of cases that affect children from the most affluent sociocultural levels, since they are usually reported even less than the rest.

8. People who have been sexually abused are sex offenders in their adult lives

This belief is very stigmatizing for victims and increases their tendency to keep crime secret.

9. Complaints are usually made up by mothers

According to a study by Virginia Berlinerblau, a specialist in child and adolescent psychiatry and a forensic expert, the majority of abuse reports are found in only 2% of custody disputes and, of the latter, 8 to 16% are false , a small number despite being wrongly considered a big problem. This ambiguity, along with gender biases, can lead to disbelief and blame for mothers who report sexual abuse.

Furthermore, although it has been rejected by both the scientific community and the Chamber of Deputies and Senators, in our country, in some cases, the Parental Alienation Syndrome (SAP) continues to be used as a judicial strategy to achieve a successful defense in cases of sexual abuse within the family and in custody or visitation disputes. SAP ensures that a parent intentionally induces their child to reject the non-cohabiting parent without cause, but is less and less accepted.

10. It is not necessary to provide information about sexual abuse to younger children in order not to scare them

Rather than frightening them, education on the subject helps them develop skills to protect themselves. “It is essential to talk to them, tell them that their body is theirs and that there are parts that are private and that no one can touch,” says Paula Wachter. Furthermore, it indicates the importance of warning them that if this happens or anything else that bothers them, the most important thing is to ask for help.

Today, complaints have grown thanks to greater social sensitivity and improved access to report cases of abuse. However, there are still a large number of cases that remain inconclusive due to fear, ignorance, or even denial by adults. “As a society we are breaking the mandate to silence or hide abuse, but there are still severe barriers to accessing Justice,” reflects the director of Red por la Infancia.

What is involved in sexual abuse in childhood?

Wachter mentions that one of the main characteristics of abuse is the asymmetry of power, knowledge and gratification through coercion that can be physical violence and threats by the aggressor, among others. Among the practices that are considered abuse are:

If you suspect that a child or adolescent is being abused, do not hesitate to seek help, approach specialized organizations on the subject and make the complaint. “Abuse is a traumatic experience, but its effects will be more or less devastating depending on factors related to the abuse itself and the reparative action of the protective ecosystem,” concludes Wachter. 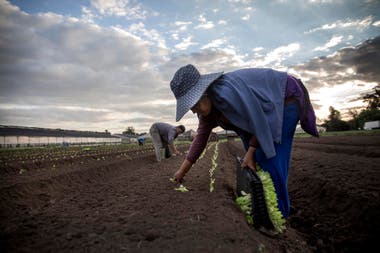 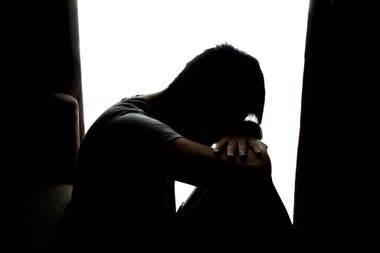 On World Suicide Prevention Day, what are the most common myths to eradicate Credit: Shutterstock Until a few years ago, the suicide […]

During the quarantine, the traffic of material of sexual exploitation of children and adolescents on the Internet tripled; many of the photos […]