When Esteban El As (38) was able to start living on his own, rap, the first thing he did was to put in his ID his home address: monoblock 12, Barrio Army of the Andes, and the department number. It was an act of vindication: he is proud of the place where he was born, raised and lives today. “The people in this neighborhood have the address on their ID because otherwise they don't get a job. When I could live on my own and put my address, I felt that my identity had been returned.
I showed it to everyone, with pride. I'm a real rapper: that's not being shot and getting high, it's being here, with people, “he says.

The Ace is one of the most recognized names of Argentine rap: he brought the berretines, codes and the language of the villas to music. The kids from the conurbano and city settlements call it “the voice of the neighborhoods.” In addition, he is a music editor and defines himself as an activist for the rights of Fuerte Apache.

”
I was lucky, although I reworked, that there were people who gave me a hand, I could get my opportunities and get to live on what I like. I was part of the Back Street Boys, one of the bands that appears in the Tevez series, although they have anything there, he clarifies. As I did well in rap, I walked away. Most of those kids died in the face of the police or are in jail. “

That more boys can have the opportunity he had to live than they like, is his engine. That's why he joined
Fuerte Apache Culture, a youth movement that was born from the bowels of the neighborhood, nonprofit, without political flags, to encourage activities related to music and sports. In addition, they work to make the streets and paths more passable, paint facades and improve the quality of life of the neighbors.

Everything lung: with what they collect selling the garbage they recycle, they buy the paintings and work tools.
Its objective is to have its own cultural center. “We are 20 and we work together with the
Los Topos cooperative, which belongs to boys who left prisoner. We have the same desire to get ahead, “Esteban sums up.

It's good that the other world sees how we are: we have to break down prejudices, that's what I tried all my life

He is the oldest of 11 brothers. His father's family was among the first to arrive in the neighborhood. In '83, with the return of democracy and the economic crisis, his family had to leave the apartment where he lived: “My old man had no laburo. My mother got into a vacant lot and put a tarp and we went down. Two years or so we lived there. Then, we returned to Fuerte Apache, “he recalls.

Already consecrated as a musician, he lived for four years in a private neighborhood of Pilar, but he was not:
“Living in Fuerte Apache is hard to explain, because that's it,” he says, seeking to point out a sound that comes from afar: “It's listening to dogs and kids. It's culture. It's life.” The neighbor that invites you something, that tells you about the game, that greets you when you go to buy the bread. The kids rapping in the squares. The cumbia that sounds at all times, in everyone's house. That, The Ace does not change it for anything.

He decided to rap to represent the people in his neighborhood. “The bad exists and I tell it. But also the good, because there are many good things. It's good that the other world sees how we are: we have to break down prejudices, it's what I tried all my life,” he says. The other world. The one that begins beyond the border that separates Fuerte Apache from the rest of the Citadel. The same one that delimits the towns and settlements of other places of the conurbano and the City.

Breaking down prejudices, “on both sides,” is for The Key Ace: “I think that from the outside, from the outset, they don't look at us as equals: they think you are a criminal or a survivor. Here there is also a prejudice towards cheto. I I try to understand that we are all the same. “

He does not deny that life in Fuerte Apache has another side.
“There is crime, but not as the media sells it. There is a lot of poverty. That is real. We say that we live in a city apart from the country, so people feel. Because the abandonment of the State, of all governments, is also real. We hope it will change one day because we are people, beyond what the television sells “, it states.

The click that he had to leave the street and the corner board to devote himself to music was given by the death of his friend, Darío, after a confrontation with the police. “He was my best friend. That changed my whole life. It was the slap that made me plash. He played in Velez and is Tevez's friend who comes out in the series, although everything that is shown is not true. When he died I promised him I was going to be a rapper and I wasn't going to die. I gave him my word, “Esteban recalls.

When you think about your neighborhood, the first thing that comes to mind is your mom. “Here there is a lot of santería, but the real cult is to the mother: we are children of single mothers, of mothers who passed ugly situations. For us, mom is everything. That is why the only monument in the neighborhood is the mother , made by the neighbors. “

His mother, Anita, raised them to Esteban and his siblings practically alone: ​​he slipped away working in family homes so that his children could eat. “We have experienced situations that do not embarrass me now, but that at some point embarrassed me a lot: I ate from a garbage container when I was a child, we were starving badly. My mother did everything I could,” explains El Ace.

From the Apache series it hurts him not to show that: the hardworking, honest people, the vast majority of those who live in the Fort. “I think the series sells cheap pochoclo. The neighborhood is outraged: ask anyone. We understand that it is a fiction, but it leaves the neighborhood ugly and on the other side they believe it: they see us as they see the series. It's not that there is no crime or drug, but it is something very small among many hardworking and honest people. There are many more people so bad, “he says. “We are proud of Tevez, but he is not the only honest person who grew up here. There are many good things to show.”

What does the Ace dream about? “I would love that there is no more mud in my neighborhood, that sewers are fixed and no more overflow, that buildings are valued, that stairs are not lacking steps, that support neighborhood cooperatives and we can all have hot water, more access to decent jobs and that the State does not forget us anymore. We really are a neighborhood forgotten by the State, “he says.

For him, music is that universal language that helps bring the seemingly opposite poles closer. “Music is the language of love. Sometimes it was my turn to be in places that had nothing to do with me but with singing a song they understood and loved me. Music, art, saved my life,” he concludes. 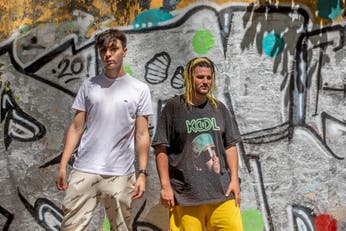 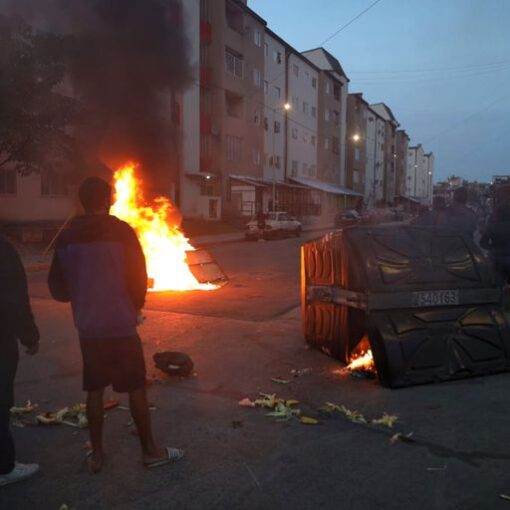 “Listen, listen”, a young person says while filming with his cell phone. What is heard are shots and what is observed in […] 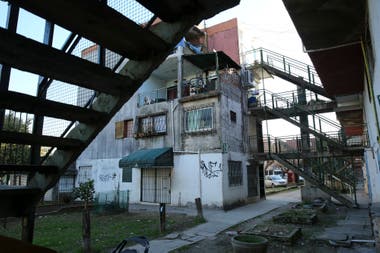 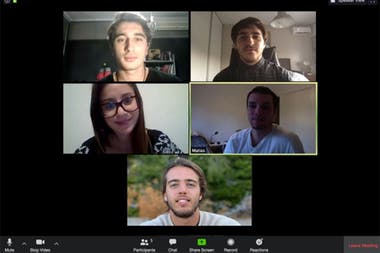