It was in the eighties that Flora Alvarado’s parents emigrated from Bolivia to our country. Here they met, got married, with a lot of effort studied nursing and had two daughters. In the land of the melting pot something was clear to them: their daughters would have the best education possible.

But as she progressed in life, this 24-year-old Art student, graduated from the Colegio Nacional Buenos Aires, discovered with pain that in what was a land of opportunities for her parents – her homeland – there are invisible structures and barriers. That, sometimes, the best credentials are not enough when the person wearing them has the skin of Brown color.

Flora is from Villa Soldati, a neighborhood that, she says, is particularly hostile to immigrants from certain countries, such as that of their parents. It is not surprising, then, that, for their schooling and that of their sister, their parents chose a school located in another neighborhood, with the intention of keeping them safe from hatred.

“During elementary school I witnessed physical, verbal and psychological aggression towards immigrant children or children of immigrants who had an accent when speaking. That made me feel ashamed of my origins. I got along well with most of my classmates, but the last one year I felt a certain marginalization. As if they said to me: we put you aside because of your origins, because you are the daughter of Bolivians, we do not include you in the group, “she recalls.

Although they did not physically attack her, in those years she was feeling increasingly stronger that structure that marginalized her, made her feel like an unwanted object, and hindered her identity process. Something that sharpened when starting high school.

“Structural racism and white privilege operate in many ways. They also mark that there are certain spaces that can only be accessed by those who have the information and the financial means. In the case of the National Buenos Aires, not everyone can pay the academies that prepare you for the entrance exam, that already marks a barrier for you. Once inside, differential treatment is evident. The structure is clear: not everyone becomes a delegate, there are teachers who answer a question to certain students better, and there are students who will never be able to occupy a hegemonic role, nor will they be able to reach the Student Center. What happens most of the time is that brown people are among those who are marginalized, “he says.

Flora clearly remembers an episode during her last day of school. A teacher wanted to know what the students were going to continue studying. “A non-racialized colleague commented that she wanted to pursue an artistic career and he replied: Oh, how nice! When it was my turn, I told him that I also wanted to study Art. How difficult …, he replied. They are little things that they are building in which direction the life of each one goes “, he reflects.

The closing of the secondary cycle coincided with a trip to Bolivia in which Flora could have a deep contact with her roots, which marked her and strengthened its identity. “At that time I reflected a lot on everything that had happened during primary and secondary school and I realized that everything I had suffered, all the marginalization, the strange looks every time I spoke, were the product of a racist structure“, remember.

But even when he began to move through the world of Art, an area that one could suppose progressive and inclusive, he discovered that the invisible barriers of structural racism persisted with a solidity difficult to cross. “If you examine the history of Argentine art, you can quickly see that most of the established artists are white, that the works that arrive at the great museums belong to white artists and that representations of brown people are very stigmatizing“, it states.

Today, he says, that racism continues to operate in various ways, including at the National University of the Arts, where he attends. Flora sees it clearly every time a teacher asks students with dark skin and Andean features where they are from. “He asks me, I am the daughter of immigrants, but also fellow Salteños who are the fifth generation of Salteños. On the other hand, white people are the ones who win the prizes and access the scholarships“he assures.

Since the beginning of 2019, Flora has been part of Identidad Marrón, a space that seeks to make visible all these invisible structures with which racism against non-white skinned people operates. There he teaches art workshops that seek to question certain logics that prevail in art and culture. It also coordinates activities with young people. “When did you see a brown person get a starring role? If we show up it’s like criminals or domestic workers.”

The truth is that the power of these images transcends the aesthetic universe and operates on the collective unconscious. Every time Flora enters a premises with security personnel, it is common currency that they want to check her belongings. “Sometimes I wonder why they ask me and not the people who are entering simultaneously -he is outraged-. But I no longer question and hand them over.”

Today he uses art, especially drawing, to deconstruct all those cultural representations that shape people’s minds and make certain features and characteristics associate with fear and mistrust. “We are in the process of taking over our spaces. Much remains to be done, but luckily we are waking up.” 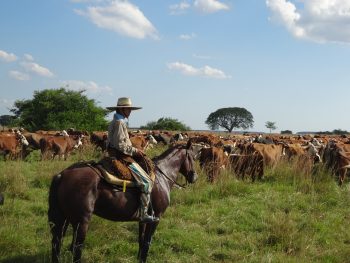 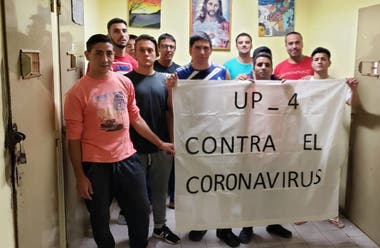 The quarantine, isolation and social distancing declared in the context of the health emergency are not lived in the same way by […] 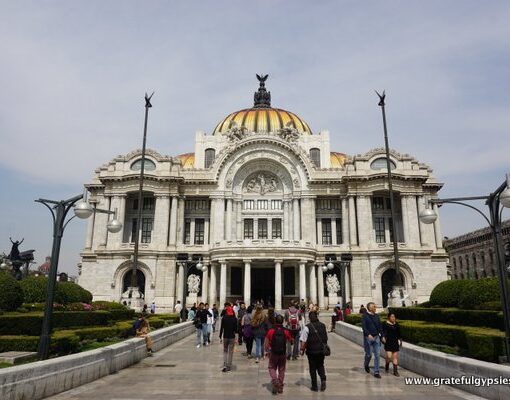 It’s no secret that me encanta México (I love Mexico). I’ve been living there on and off for the last two years […]