Pedro Almodóvar is one of the most recognized names in Spanish cinema. Since his first feature film, Pepi, Luci, Bom y otras chicas del montón in 1980, he has caught the atención or attention of critics and audiences in Spain and abroad. In this post, I want to explore some of his most popular films.

Almodóvar was born on September 25, 1949 in the region of La Mancha in Spain, same place where the famous character of Don Quixote is from (also Manchego cheese!). At a young age, his parents sent him to a religious school hoping he would become a priest. When Almodóvar finished school, he moved to Madrid to pursue his dream of becoming a filmmaker, much to his parents dismay. In Madrid, Pedro taught himself about filmmaking and kept several odd jobs to pay his bills. Right after Francisco Franco’s death, Almodóvar joined the cultural movement called La Movida Madrileña that sought to enjoy many of the freedoms that Franco had taken away such as freedom of speech and the use of dialect on the streets.

One of Almodóvar’s first commercial films was Mujeres al borde de un ataque de nervios starting Carmen Maura and Antonio Banderas. The movie, released in 1988, is a black comedy-drama that tells the story of Pepa whose boyfriend left her without any explanation. Both Pepa and her boyfriend are voice-over actors and his voice has a hypnotising effect on her. In her quest to figure out why he has left her, Pepa meets some very interesting characters. Below is the trailer.

Hailed as one of the classic films in Spanish cinema, Todo sobre mi madre follows Manuela, a single mother whose son recently died. Manuela travels to Barcelona to look for her son’s father. This film covers some of Almodóvar’s most prominent themes throughout his movies including strong female characters that overcome adversity and the LGTB+ community. Todo sobre mi madre won several awards including the 1999 Academy Award and the Golden Globe for Best Foreign Language Film, as well as several categories in the Goya Awards. You can see the trailer for the movie here. The video below is an excerpt from this film where Manuela shows Rosa a photo of her deceased son.

Almodóvar’s most recent film, Dolor y Gloria, or Pain and Glory in English, stars Antonio Banderas and Penélope Cruz. It tells the story of Salvador Mallo, a film director, during the latter part of his life. Mallo is plagued with many physical ailments and cannot direct films anymore.  During this time, Mallo explores his past relationships with his mother, lovers, and fellow artists.

Dolor y Gloria won several awards including Best Actor and Best Soundtrack at the Cannes Film Festival, Best Film, Director, Actor, Original Screenplay, Supporting Actress, Editing and Original Score at the Goya Awards, and was the film sent in to the Academy Awards to represent Spain. Below is the trailer of the film.

Have you seen any films by Pedro Almodóvar? Which one is your favorite? 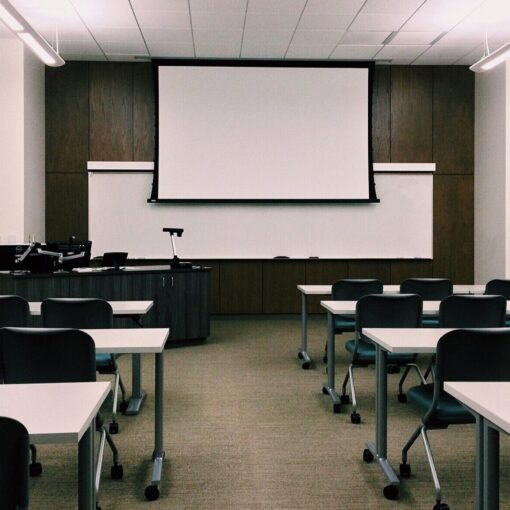 In this lesson of our English Spanish Parallel Texts course and we are going to practice discussing buying clothes in Spanish. Start […]

In this Spanish lesson we are going to practice using Spanish relative pronouns. As usual, first we will review some relevant grammar […]