El Salar de Uyuni es un lugar increíble para visitar, aunque no es fácil llegar (The Salar de Uyuni is an incredible place to visit, although it’s not easy to get to). It’s well worth the effort, though! Viajé allí en un tour de 3 días y fue una de las mejores experiencias de mi vida (I traveled there on a 3-day tour and it was one of the best experiences of my life). Since most of us are stuck at home dreaming of being able to travel again, here’s a post that will allow you to be an armchair traveler and learn some Spanish at the same time!

What is the Salar de Uyuni?

Está situado al suroeste de Bolivia, dentro de la región altiplánica de la cordillera de los Andes (It is located in the southwest of Bolivia, within the high plateau region of the Andes). Many thousands of years ago, this area was part of a massive lake. After it dried up, it left behind two smaller lakes as well as two salt deserts, one of which is the Salar de Uyuni.

Getting in the 4×4 after crossing into Bolivia.

Getting to Salar de Uyuni

Puedes visitar desde Uyuni y también existe la posibilidad de ir desde San Pedro de Atacama a través de la cordillera de los Andes (You can visit from Uyuni and there is also the possibility of going from San Pedro de Atacama through the Andes). If you just want to visit during a trip to Bolivia, it’s a 1-hour flight from La Paz to Uyuni or a 10-hour bus ride.

While there’s nothing wrong with traveling to the Salt Flats in this manner, I highly recommend taking the overland tour from San Pedro de Atacama. It’s a 3-day, 2-night tour that ends with a visit to the Salt Flats to see el amanecer (the sunrise).

This is the “road” through the altiplano.

I thought most of the time would be spent in the 4×4, but I’m glad to say I was sorely mistaken! We made several stops each day and saw some otherworldly landscapes.

También visitamos el desierto de Salvador Daly y las piscinas de aguas termales (We also visited the Salvador Dali desert and the hot spring pools). It was so nice relaxing in the hot water taking in the scenery around us.

That first night, we stayed in a very remote village at an altitude of around 4,500 meters. As you might imagine, mal de altura (altitude sickness) can be a problem for many on this trip. One way to combat this is with las hojas de coca (coca leaves).

Guides always keep a bag of them handy that you can just chew on or make a tea with. While coca leaves get a bad rap due to their use in the production of cocaine, they definitely have medicinal benefits and are very commonly used in many areas of South America. Don’t worry – you’re not going to get high from chewing on some coca leaves.

El segundo día fuimos al desierto de Siloli para ver el Arbol de Piedra (The second day we went to the Siloli desert to see the Stone Tree). I had a lot of fun climbing on the various rock formations and flying my drone to get some aerial shots of the desert.

There was a lot more driving on the 2nd day, but once again we stopped at a bunch of different scenic lagoons. It really is amazing how the guides can remember the way driving out here in the middle of nowhere with no proper roads!

Another interesting place we got to visit on day two was el Cementerio de Trenes (the Train Cemetery). The town of Uyuni has been an important transport hub for a while, but grand plans for a network of trains never really panned out. Dozens of train cars have been left here in the desert to rust. It sure makes for some cool photo opps!

Nos despertamos muy temprano en el tercer y último día (We woke up very early on the third and final day). It was worth the lack of sleep to make it out to Salar de Uyuni with plenty of time before the sunrise.

Sunrise at the Salt Flats.

We visited when the Salt Flats were flooded, which is the best time to see the mirror effect. I only wish we had been told to bring some little toys for the fun perspective photos. Shops in Uyuni sell plastic dinosaur toys and I definitely regret not buying one! We still got some good pictures, though…

Having fun with the perspective photos.

Everyone in our group was really happy that our guide brought botas de lluvia (rain boots) for everyone. People walking around the Salt Flats in their soaking wet sneakers didn’t look like they were having the best time!

En general, fue un viaje inolvidable (Overall, it was an unforgettable trip). If you ever get the chance, I highly recommend traveling from San Pedro de Atacama in Chile to Salar de Uyuni in Bolivia. I would take the trip again in a heartbeat! Now I just have one question for you…

Take a closer look at the 3-day tour to the Salt Flats in Bolivia in this video highlight I put together: 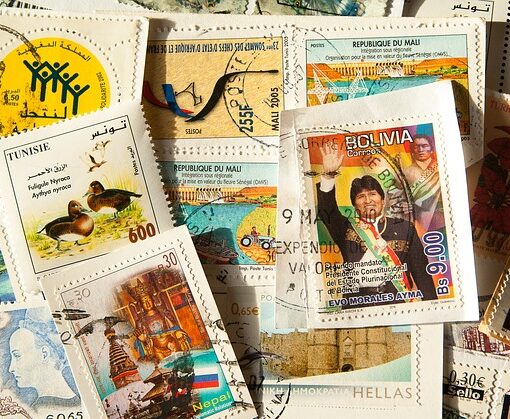 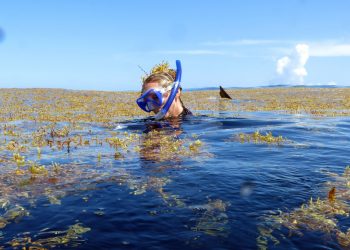 The state of Quintana Roo, a major tourist destination in Mexico, has seen a dramatic increase of sargazo or sargassum washing up […] 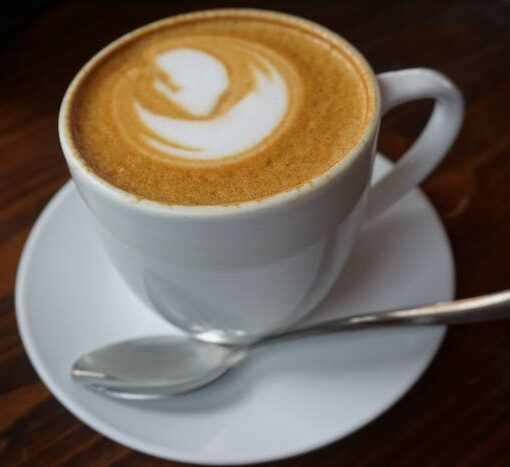