How to involve your students so that, in times of pandemic, they not only learn the curricular contents, but also actively engage with their community?

Is it possible to transform compulsory isolation into an opportunity for meeting and sharing in solidarity?

Those are some of the questions that, in the middle of quarantine to prevent the spread of COVID-19, Federico Cánovas, who is 40 years old and teaches philosophy at public high schools in San Juan, asked himself.

Those questions, added to the creation of a

150 150 sixth-year students from the five institutions where Federico teaches quickly joined, and were the kick-start that led him to create the “Distance but united and solidary” project. “The objective was for each to work from home, with the same mission,” summarizes the professor, who, if he had to choose a word to describe the changes that led to him and his students, the pandemic would be

. “When things get complicated, the best we can activate within us is the most intimate fiber of solidarity, cooperation and mutual care,” says Federico. He was one of the readers of LA NACION who shared his testimony in a

collaborative note about the teachings left by the difficult current context

First, the boys and girls started

-from clothing to personal hygiene and cleaning items- that were delivered to Cáritas in the province. But then the other leg of the project emerged, which gradually began to gain more strength: the development of

to reach the border areas of the province, where the Internet signal and mobile data are

. “The students arose the need to share their learning with those who live in remote places where the only thing that comes is the radio. They do research on different topics, so that not only do they share their knowledge but, at the same time, they are studying and learning, “says Federico.

How are the micros implemented? From their homes, young people

lasting between five and ten minutes on topics related to science, technology, art or music, among others, to which, in addition, the eyes of professionals such as doctors, nutritionists or psychologists are added. The boys send them to their teacher and he takes care of editing them, adding an introduction and closing, and sharing them with the

such as the North station of Jáchal, Roca de Calingasta, Sol de Valle Fértil and La Cumbre de Iglesias, which pass between once and twice a day with a very good impact on their audience.

to resignify the social isolation that they are living, and that they can do it through a

and developing all kinds of skills “, summarizes Federico.

Every day, at 18, he and his students have a class through a virtual platform where they exchange ideas and reinforce what was discussed by WhatsApp. “As I am a professor of philosophy, the audios that talk about content of mathematics or geography, for example, I share with the rest of the teachers so that they make a return and the students incorporate the corrections”, the professor details. The buses end with a “challenge” in which the audience is invited to put into practice, with some activity, what they learned that day.

The day that the idea of ​​creating educational micros took hold in the WhatsApp group, the first audio that came to Federico of a student who was willing to participate, was that of Jeremías Guevara, who is 17 years old and goes to the Engineer school Mosconi. “The purpose is to leave a message,

I did one about earthquakes because I love these topics and we are in a seismic province, where we need information on what to do before and during an earthquake, “says Jeremías.

In addition, he says that he made a clothing collection with his family and

donated for the first time

in his life thanks to the project. “I was never a boy who had the best marks, but I always liked participating: I am dedicated and eager to learn. This project makes me feel very good, that I am doing something good, helping the who need it the most and have the least, “adds Jeremías.

The idea of ​​working together students from different schools in his province, arose in Federico a couple of years ago, when he created the project “Linking ideas to build the future”, which is part of the current initiative “Distance but united and united”. “Every year we have in mind to do something to identify the promotion and to have a positive record. As soon as this year started, we had to recalculate due to the pandemic,” explains the professor.

On the buses, he points out that they have a “double positive aspect”. On the one hand, 6th year students are invited to study and deepen topics, using communication skills among other tools; on the other, they make it reach a diverse audience. “The slogan is that the

, both for children, young people and adults “, warns Federico. Health education, emotional intelligence, myths and legends, how to recycle, are just some examples of the topics covered. Although it is an extracurricular activity, the teacher points out that Competencies and contents foreseen within the curriculum are put into practice.

Regarding the reality of his students, Federico explains that many of the boys and girls belong to families “who have all kinds of needs.” ”

. There are parents who were hacked by the pandemic, especially at the beginning, when the quarantine in the province was very strict. Some live in rural areas and their parents work in the harvest, others in masonry. I had students who worked in sawmills to help their families, “says the teacher.

He is convinced that when young people “are given court and opportunities, they take flight.” Excited to see the initiative and

in their students and “how their communities are put on the shoulder”. “For me, teaching without values ​​is like not teaching,” concludes Federico.

Those who want to know more about the “Distance but united and supportive” project, can contact Professor Federico Cánovas by writing to 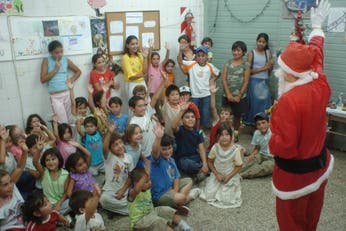 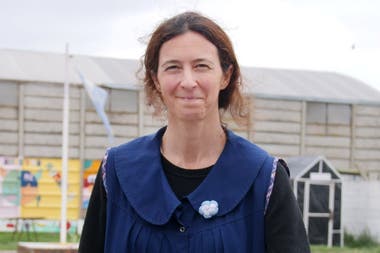 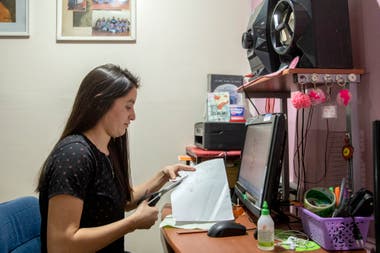 It is 10:30 in the morning of a winter that seems harsher due to the pandemic. It shows in the streets of […]