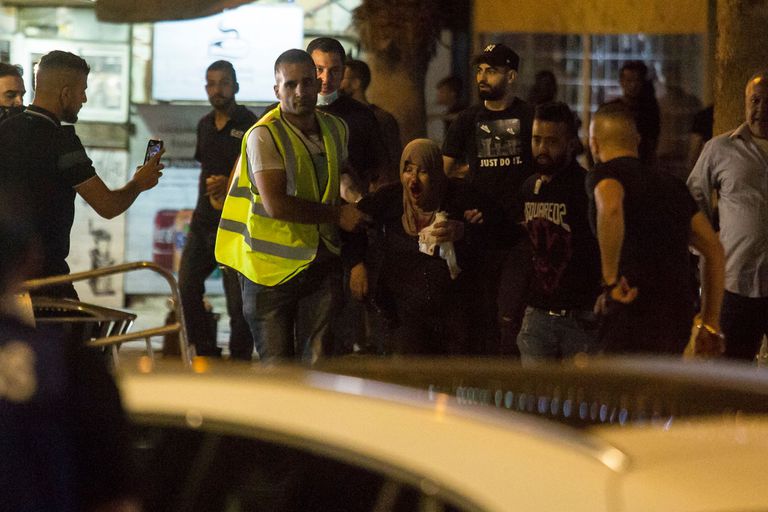 More than 130 Palestinians have been injured on Friday as a result of clashes with the Israel Police near Nablus and in Jerusalem, in protests against an Israeli settlement in the village of Beita and in a demonstration against the eviction of Palestinians in the neighborhood of capital.

The director of the Emergency Department of the Palestinian Red Crescent (PRC), Ahmad Jibril, has reported that health workers have evacuated 16 Palestinians wounded by live ammunition from the Israeli Army; 20 injured by rubber bullets; four for being hit; and 73 by inhalation of tear gas, all in the surroundings of Beita, reports the Palestinian agency Wafa.

These rallies are being held by Palestinian citizens in the cities of Beita, Yatma and Qabalan, south of Nablus, to protest against the construction of a new settlement on top of Mount Sbeih.

The demonstration was called after a group of Israelis installed more than 20 mobile homes on the summit. The Palestinian media has highlighted that the number of Israelis living in settlements in Jerusalem and the West Bank has increased to more than 700,000 and the expansion of these settlements has tripled since the signing of the Oslo Accords in 1993.

Similarly, at least 19 Palestinians have been injured by the Israeli Army during the dispersal of a march on the outskirts of a neighborhood in Jerusalem.

This rally took place as a protest against the eviction of dozens of Palestinian families from their homes in the Batn al Hawa, Silwan and Sheikh Jarrá neighborhoods, where the clashes took place.

The PRC has reported that its doctors have assisted the wounded, who had suffered the effects of stun grenades, as well as blows by the police. One of them is in serious condition and has been transferred to a hospital.

According to a WAFA correspondent, the rally started at the entrance to the Sheikh Jarrá neighborhood and passed through the Lions Gate and the Batn al-Hawa neighborhood in the Silwan neighborhood, where it finally dispersed.

He has also denounced that police officers have also attacked journalists and camera operators of Palestina TV, and have destroyed one of their cameras.