The national deputy of Together for Change Waldo Wolff this afternoon presented a request for reports for the Executive Branch to detail how and in what amounts financial aid is distributed to soup kitchens.

The requirement arises after LA NACION published, last Sunday, an exclusive interview with Margaret Barrientos, a social reference headed by the Los Piletones Foundation. There he maintains, among other things, that it is very difficult for him to receive some kind of state support for the work he does. “Maybe because they consider me an ally of Mauricio [Macri], help does not reach me. I do not know. But in that case, people would have nothing to do with it, “she said.

The request for reports presented by Wolff has the support of the deputies Jorge Enríquez, Carmen Polledo, Dina Rezinovsky and Pablo Torello. In the foundations of the brief presented, the legislators request information about the existence of some kind of reduction or limitation on aid depending on the opinions or political or social activities -or their greater or lesser proximity to the Government- of the owners of the dining rooms.

The document warns that, if true, that would demonstrate an “unacceptable discrimination” in the allocation of aid budget items and would mean the violation of the principle of equality. “Generally they do not answer this type of requirement. But I do the best I can and my tools are these. My objective is to make this visible. To defend the transparency of the State and fight against party usufruct“Wolff explained, when consulted by LA NACION.” I would like to know who decides how much is given to them and the recipients of social action, “he added. Is it based on numbers, geographic areas, figures on infant mortality? “

In the interview, Barrientos pointed out what type of state aid his foundation receives. “From the Cañuelas canteen we began to receive assistance when the pandemic began. There the municipality and Gendarmería approached. From the city government I receive a subsidy twice a year and from the national government I receive a subsidy from Añatuya once a year because we we are presenting a project so that people here have a salary, “he explained.

Likewise, the referent expressed that, with the extension of the quarantine, its dining rooms receive many more people, that the help of the private sector was reduced by 90% and that, since the pandemic began, it only obtained help from the Ministry of Social Development in dopportunities.

“Last February I went to see the minister [Daniel] Stream. He told me that there would be no problem with me continuing to receive State aid and communicating directly with him in case of need. Since I have 23 years of experience, I always send letters. In this new management I must have sent ten or fifteen letters, asking for food more than anything, also some sheets and mattresses. I have photocopies of everything I sent, “Barrientos recalled, in a new dialogue with LA NACION.

The leader of Los Piletones added that yesterday she received a message from the Ministry of Social Development informing that, in the course of this week, her foundation would receive two trucks with food. And he also provided details on the aid received on the two previous occasions.

“At the end of March they sent us 6,000 kilos of corkscrew noodles, 500 kilos of flour and something else that I don’t remember now. The corkscrew noodle is difficult to cook in quantity because everything breaks, so we distribute it among the people,” he specified.

The second shipment, he assured, was a month and a half ago. “They sent me 2,000 cans of mackerel to the water, 500 kilos of flour, 300 of yerba, 12 boxes of oil and 250 kilos of sugar. They also sent me baking powder, which I don’t really know how to use, in what proportions. And if I don’t know, less people, “he added.

Barrientos said that social assistance was more fluid with the previous government. And that, beyond his affinity with the dome of Cambiemos, he also then sent letters requesting any kind of help. “Sometimes it could take a while, but it always came. I knew the people from Social Development, because they had been part of the team since before,” he recalled.

The remarkable difference between one management and another generates impotence. “It makes me very sad, here it is not about me but a lot of people who live here and suffer needs,” he said.

The referent stated that, so far, the assistance offered by the government of Santiago del Estero or by the municipality of Añatuya has been void. “There are many dirt roads here. When it rains you cannot reach the Foundation,” he said. “When we asked the mayor to fix the street for us, he sent us to say that he would do it if we bought the gravel.”

For his part, Wolff highlighted the figure of Barrientos as well as that of so many referents of community canteens that today fulfill a fundamental function. “Today it is full of Margaritas Barrientos. I do not defend it because it had an affinity with my party. But because I think it is important for the government to explain what it is based on for the distribution of funds,” she clarified.

Then, he stressed that this context of pandemic hinders any attempt at control. “Why are we opposed to emergencies? Because they manage to bypass transparency processes for a certain time. In the event of an earthquake, it makes sense that you cannot call a tender to buy bunk beds. But this government is asking you eternal emergencies, during which they have absolute discretion for the management of funds and it becomes impossible to control because they do not call for bids. This will only be controlled by the AGN when this government ends, “he concluded. 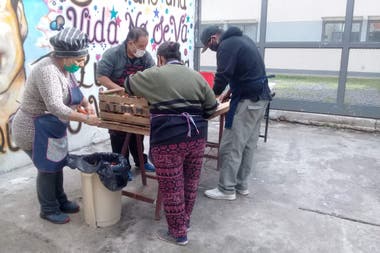 For Angélica Urquiza, the Covid-19 was an invisible enemy that followed her closely, hot on her heels. In Villa 20 of Lugano, […] 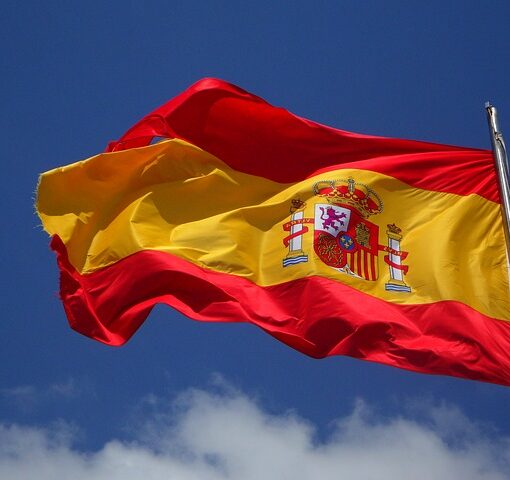 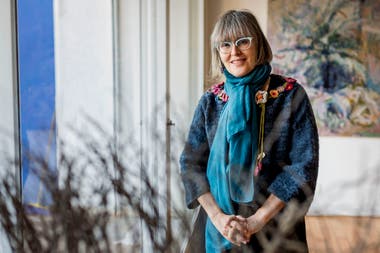