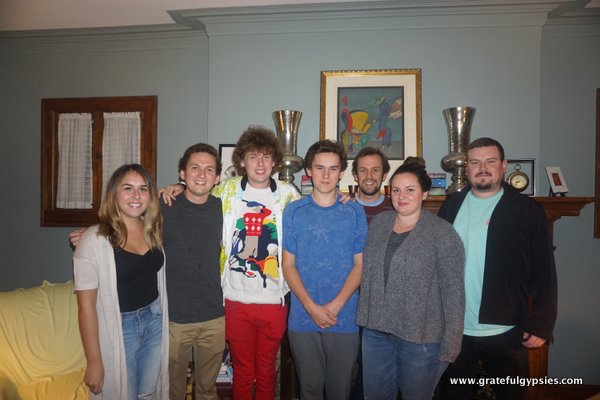 Aprender un idioma no es fácil (Learning a language isn’t easy). You have to learn vocabulary, study the grammar, practice the accents, and so much more. I’ve been a language teacher and student for over ten years now and I’m well aware of this! Something that always trips me up is when two or more words sound very similar. In this post, I’ll introduce 9 pairs of Spanish words that are easily confused to help you out.

First up is this trio of words: hombre (man), hombro (shoulder) and hambre (hunger). Go ahead and read them all out loud a few times and you’ll quickly see where the confusion comes from.

When you’re hungry, you should say “Tengo hambre,” which literally means “I have hunger.” Make a simple mistake and say “Tengo hombre” and you’re saying “I have a man.” I once made that mistake to my Spanish teacher, who replied “¡Felicidades! ¿Cual es su nombre?” (Congratulations! What’s his name?).

If you accidentally said “Tengo hombro,” you’d just be telling someone that you have a shoulder. They might find that a bit odd of you to say and wonder why you don’t have two like everyone else.

I don’t know why, but I always confuse mayor (older/bigger) with mejor (better). They really don’t sound that similar, but I think the issue is that they are both used to make comparisons. The fact that they both start with m and have two syllables doesn’t help, either…

Tengo seis hermanos menores (I have six younger siblings), so I always make this mistake when talking about mi familia. I can’t tell you how many times I’ve said “Soy el mejor” (I’m the best) instead of “Soy el mayor” (I’m the oldest). At least I usually get a laugh out of people when I say that!

This next one is a bit funny and it shows the importance of accent marks in Spanish. Papá means “father” or “dad.” Interestingly, papa can mean either “potato” or “pope.” This reminds us the importance of capitalization – el papa (the potato) vs. El Papa (the Pope).

Here’s a funny example that can help you remember these easily confused Spanish words – “El Papa y mi papá comen papas” (The Pope and my dad eat potatoes). I have an even more hilarious example coming up after I explain the next one…

Many gringos get tripped up by the Spanish letters n and ñ. That’s not just a funny accent mark there – it’s a whole other letter. Go back and watch my video from the Beginner Spanish course on el alfabeto if you need to…

The word año means “year” while ano means “anus,” so you can see why you wouldn’t want to mix these two up! Turn that Spanish keyboard on so you don’t end up texting your friend “¡Feliz ano nuevo!” Nobody wants to be wished a “Happy New Anus!”

To show how hilarious it can be when you make mistakes with the last two pairs on our list, just consider the following sentences:

I’m sure you’ll never mix those up again after considering those examples!

This pair of easily confused Spanish words trips a lot of people up. You see, cansado/cansada means “tired,” while casado/casada means “married.” Think about the confusion if you were to tell someone “I’m married” when you meant to say “I’m tired!”

There’s more to it than just the familiar sound and spelling of these words, though. To really get at the root of the issue here, we also need to talk about the two verbs meaning “to be” in Spanish…

Well if it isn’t good old estar and ser – the two pesky verbs that drive people learning Spanish crazy. We’ve written many posts over the years about the difference between estar and ser, so go check out some of those old posts for more practice.

Combine this with the pair of easily confused words above, and the potential for hilarious mistakes is high. For a man, “Estoy cansado” means “I’m tired” while “Soy casado” means “I’m married.” Of course, this can lead to some funny mistakes!

My teacher in Puerto Vallarta had a good joke to help me remember this one. He said his wife always tells people “Estoy cansada de ser casada,” which means “I’m tired of being married.”

This next one is only confusing when you’re traveling in Latin America. You see in Spain, car is coche, but in Latin America it’s carro. As such, it’s very easily confused with caro (expensive).

The difference here is that you’re meant to roll the double r in carro. After 3 years in Latin America I still can’t do that, so the words sound exactly the same when I say them! How about you?

Unfortunately I don’t have any funny examples for you with this one. Just try to say this and practice rolling your r’s – ¡Este carro es muy caro! (This car is very expensive!).

We’re back to the toilet humor with this next pair – miedo (fear) and mierda (crap/shit). Here’s another example that could result in a pretty funny misunderstanding, as saying “Tengo mierda” instead of “Tengo miedo” would mean “I have shit” where you mean to say “I’m scared.”

I don’t really have a problem mixing these up as I’m a big fan of professional wrestling, both the American and Mexican versions. There’s a tag team called the Lucha Brothers whose catchphrase is “Cero Miedo” (Zero Fear). It most definitely is not “Cero Mierda” (Zero Shit)!

Speaking of lucha libre, you can read my post all about it and check out this short video:

Compliments never work so well when you use the wrong word. That’s why you’ll want to make sure you know the difference between cabello (hair) and caballo (horse).

Don’t be surprised if your pickup line goes awry, dudes, if you say “Tu caballo es muy bonito!” (Your house is very beautiful).

This final pair on our list may seem a bit odd. After all, reading them out loud will lead you to realize they don’t sound alike at all. The spelling isn’t really all that similar, either. So what gives?

You know how a lot of Spanish words sound just like their English equivalent? I’m thinking of computadora, sofá, música, café – the list goes on. Well then, it’s no surprise if you think that embarazada likely means “embarrassed” in Spanish. You would, of course, be very, very wrong…

What’s funny about this one is that embarazada actually means “pregnant,” while avergonzada is the actual Spanish word for “embarrassed.” So if you accidentally say “Estoy embarazada,” you’re saying “I’m pregnant.” That’s sure to make you feel embarrassed, especially if you’re a guy!

Can you think of some pairs of Spanish words that are easily confused? Do you have a funny story of a time you made a mistake when confusing words? Leave a comment and let us know!