La comida es muy importante (Food is very important). After all, you’ve gotta eat! That’s why we love talking about food here on the Spanish blog. Me encanta probar comida nueva cuando viajo (I love trying new food when I travel). I also love introducing food from Spanish-speaking countries to our audience here. You can go back and read my posts about Mexico, Peru, Colombia, and Chile in case you missed them. Today I’ll answer the question “¿Cómo es la comida ecuatoriana?” (What’s Ecuadorian food like?).

A typical meal in Ecuador.
Photo taken and used with permission from Sasha Savinov.

An Intro to Ecuadorian Cuisine

Wherever you go in Ecuador, there are some common ingredients: plátanos, papas, yuca, arroz y frijoles (plantains, potatoes, yuca, rice, and beans). Ecuador is a major exporter of bananas, so they are a very important crop. There are actually several different types of bananas used in Ecuadorian cuisine. This includes oritos (sweet baby bananas) in addition to the plantains that are very common in cooking.

A busy market at lunchtime. Photo taken and used with permission from Sasha Savinov.

Grilled lobster in the Galapagos Islands.
Photo taken and used with permission from Sasha Savinov.

You can still find good seafood in the mountains and cities but it’s obviously not as fresh. There you’ll find a lot more meat: cerdo, pollo, res y cuy (pork, chicken, beef and guinea pig). More on that later…

It’s common here to have a bigger 3-course meal in the afternoon: sopa, segundo, y postre (soup, main, and dessert). All over the country, soup is a popular choice at any time of the day. As you might expect, different regions have different styles of soup that are popular. A nice hearty bowl of soup is especially nice up in the cooler mountainous regions.

For those who like it a bit picante, you’ll be happy to hear that the ají pepper is very common. You can always find some hot sauce made from it to spice up your dish a bit.

A market full of fresh produce.
Photo taken and used with permission from Sasha Savinov.

Now that you know a bit about Ecuadorian cuisine and the different regions, let’s take a look at some common dishes across the country:

El locro es una sopa cremosa hecha a base de papas y queso (Locro is a creamy soup made from potatoes and cheese). Sound delicious? That’s because it is! It comes with different garnishes depending on where you get it. Mi favorito es con pollo y aguacate (My favorite is with chicken and avocado).

These fried green plantains are wildly popular all over Ecuador. Se ideales como entrada o acompañamiento de diferentes platos (They are ideal as a starter or accompaniment to different dishes). Crispy and salty, I personally love them with a nice bowl of guacamole. These tasty little morsels are also known as chifles.

El hornado es un plato tradicional Ecuatoriano de chancho asado al horno en un adobo (Hornado is a traditional Ecuadorian dish of oven-roasted pork in a marinade). The name of this dish comes from the Spanish word for oven (horno). It’s a whole slow roasted pig and it’s absolutely delicious! It always comes with a starch (usually potatoes), some corn, and maybe even a little side salad.

Hornado
Photo taken and used with permission from Sasha Savinov.

Los llapingachos son un plato típico de la región andina central de Ecuador (Llapingachos are a typical dish from the central Andean region of Ecuador). They are basically little fried potato balls, which are often stuffed with cheese. Are you drooling yet?

Fish, rice and beans. Photo taken and used with permission from Sasha Savinov.

Unlike in neighboring Peru, the ceviche in Ecuador is typically made with shrimp instead of fish. It’s also often poached, which is good news for those who want to try ceviche but don’t enjoy raw seafood. Another interesting thing about Ecuadorian ceviche is that it’s usually eaten with canguil (popcorn).

If you keep a guinea pig as a pet, you may want to skip this part of the post. While they may be pets for many North Americans, they are a delicacy down in South America. The most popular way to cook it is to barbecue it whole. Just be prepared for this sight while perusing markets in Ecuador. You typically have to order a whole one and they aren’t exactly cheap, which kept us from trying it on our travels.

Cuy
Photo taken and used with permission from Sasha Savinov.

It’s not just Mexico that celebrates Day of the Dead. In Ecuador, it’s known as Día de los Difuntos (Day of the Deceased) and there are two very important foods associated with it. Guaguas de pan has an interesting name, which technically means “baby bread.” That’s because this sweet bread is shaped and decorated to look like a small child. They are eaten along with a cup of colada morada, a thick purple drink made with fruit and spices.

I hope you enjoyed this post about Ecuadorian food, and I’m sorry if your stomach is rumbling now! Before you go, try to answer these quick questions:

¿Has probado la comida ecuatoriana? ¿Qué comiste? ¿Te gustó?
Have you tried Ecuadorian food? What did you eat? Did you like it? 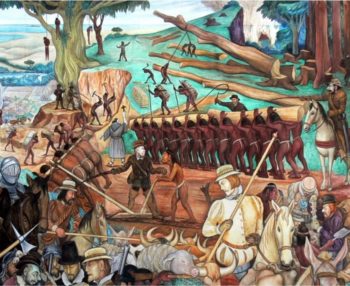 It may not be so contentious an issue from a North American standpoint, but for Latin-Americans everywhere this question has always been […] 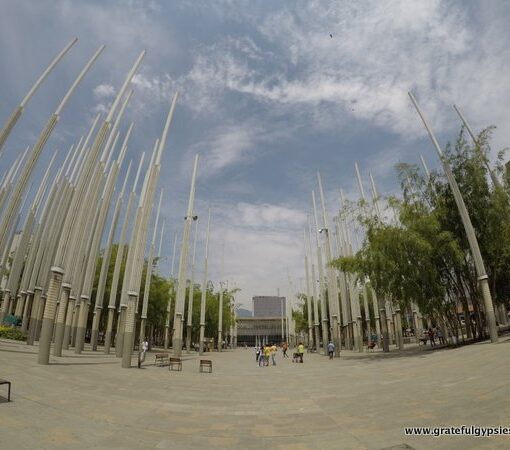 If all you know about Medellín is what you’ve seen on a certain Netflix show, you’d be forgiven for thinking the city […] 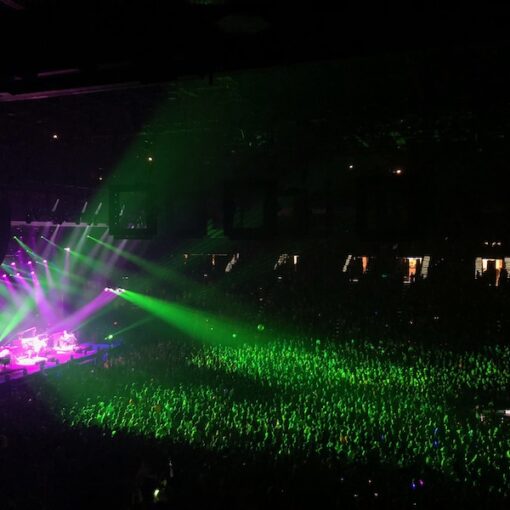 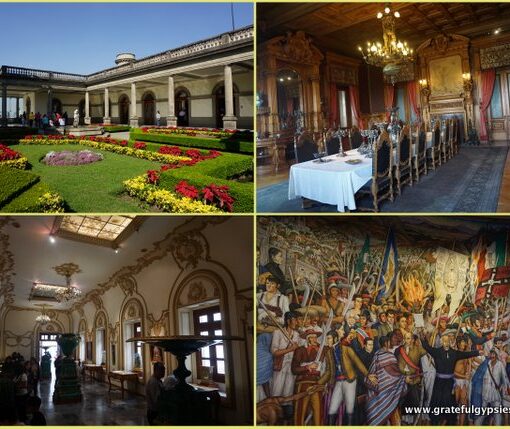 The beautiful Castillo de Chapultapec should be high on your list when visiting Mexico City. It has been a military college, observatory, […]