The world has come to screeching halt during this lousy pandemic. With people everywhere being encouraged to quédate en casa (stay at home), there’s not much traveling going on. I usually spend most of the year traveling and am actually supposed to be in Mexico right now. That’s why today I’m taking you on un viaje virtual a México (a virtual trip to Mexico). While it may not be quite as good as physically going to Mexico, I hope you learn something about the country and its culture while picking up some Spanish in this compilation post!

Our journey has to start out in la capital – Mexico City. La Ciudad de México es una ciudad vibrante y bulliciosa (Mexico City is a vibrant and bustling city). Did you know that it’s also the 2nd biggest city in the Americas? More people live in CDMX than NYC!

Es una de mis ciudades favoritas del mundo (It’s one of my favorite cities in the world). There’s so much to see in Mexico City that you could spend a lifetime here and not do it all. I’ve been five or six times now and usually spend a week there each time.

Last year I wrote a detailed post about CDMX that’s loaded with useful Spanish vocabulary, so go and check it out!

The first place to start in CDMX is definitely the city’s Centro Historico. Hay muchos lugares famosos aquí, como el Palacio Nacional, la Catedral Metropolitana, y Templo Mayor (There are many famous places here, such as the National Palace, the Metropolitan Cathedral, and the Main Temple).

The Angel of Independence in CDMX

Explore the historic center of Mexico City without leaving your house with these two short videos I put together:

We also have several posts about specific places in the city, such as el Castillo de Chapultepec (Chapultapec Castle). Fun fact – this is the only real castle in North America. It’s a stunningly beautiful place to explore and a must-see in Mexico City.

To the north of the city, you’ll find la Basílica de Nuestra Señora de Guadalupe. This is the 2nd most visited site in all of Catholicism, behind only the Vatican. It’s dedicated to Our Lady of Guadalupe, the patroness of the Americas.

Here are short video tours of both the castle and the basilica for you to enjoy:

As you can see, Mexico City has a lot to offer. It’s a place I plan to return to again and again and I hope you get to visit if you haven’t been yet.

If you travel to Mexico, you definitely need to pay a visit to some of the country’s historic ruins. Not far from Mexico City, you can visit Teotihuacán. This was the largest pre-Columbian city in all of the Americas. The name means the Place of Gods – a name given by the Aztecs when they discovered it.

¡Es un lugar fascinante para visitar! (It’s a fascinating place to visit!). Check out this short video tour to get an idea of what it’s like at Teotihuacan:

Over on the other side of the country, there are several Mayan ruins. Chichén Itzá es una de las nuevas siete maravillas del mundo (Chichen Itza is one of the New Seven Wonders of the World).

Temple of Kukulkan at Chichen Itza.

The highlight of visiting Chichen Itza is seeing El Castillo (the Castle), also known as the Temple of Kukulkan. This massive pyramid was dedicated to the Mayan feathered serpent god and there’s a really interesting story about it. You’ll just have to go check out my post to read it!

Of course I’ve also got a video tour for you to take if you prefer:

That’s not all, though – you can also visit the ruins at Tulum, Coba, Uxmal, and so many others. I highly recommend checking out at least one or two if you travel to Mexico!

Me encanta la cultura mexicana (I love Mexican culture). It’s one of the main reasons why I’ve chosen to spend most of my time in Mexico for the past several years.

First of all, there’s the food. ¡La comida mexicana es tan deliciosa! (Mexican food is so delicious!). The taco is definitely king here, but there’s so much more to Mexican cuisine. Be prepared to have your mouth start watering when you watch this next video…

I’ve been a fan of wrestling basically my entire life, so I absolutely love watching lucha libre in Mexico. Cheering on the masked luchadores with a giant Tecate in hand is an experience not to be missed!

Lucha libre is a huge part of Mexican culture.

Read my guide to seeing lucha libre in Mexico and check out some highlights of the fights in CDMX and GDL:

Elaborate ofrendas for Day of the Dead

There are also so many amazing holidays in Mexico. I was so happy to finally experience el Día de Muertos (the Day of the Dead) there this past year. You can read all about it here and see some highlights in this video:

El día 16 de septiembre se celebra el Día de la Independencia de México (On September 16, Mexico’s Independence Day is celebrated). I’ve enjoyed celebrating this holiday in my home away from home of Puerto Vallarta the last two years. You can see what the festivities look without leaving the house!

Last but not least, there’s the massive fiesta known as Carnaval de Mazatlán. You’ve probably heard of the parties in Rio and New Orleans, but this city on the west coast of Mexico throws down as well! Think liter margaritas and incredibly loud banda music.

I’ve been to Carnaval in Brazil and Colombia as well and can attest to the fact that Mazatlan is an absolute blast! See for yourself in this short video:

I hope you enjoyed this virtual tour of one of my favorite countries in the world. Te extraño mexico (I miss you, Mexico). I can’t wait to get back to the land of tacos and tequila once it’s possible! 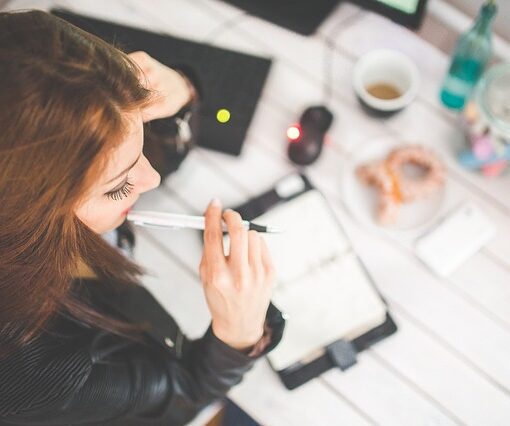 In this Spanish lesson we will practice the Spanish verb Poder (Can). As usual, first we will review some relevant grammar and […]

In this lesson of our English Spanish Parallel Texts course and we are going to practice discussing clothing in Spanish. Start by […] 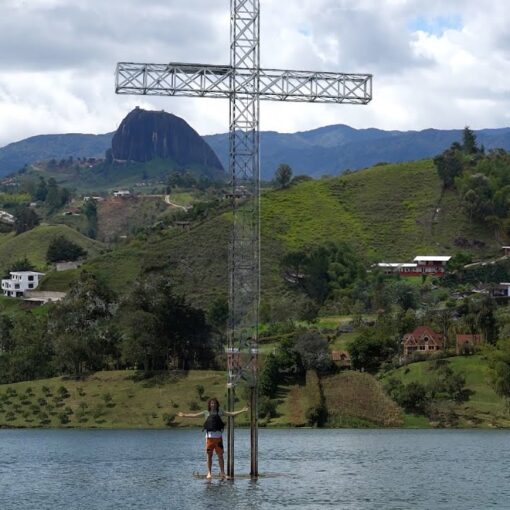