Hace un año, me mudé a México. En ese momento, no hablaba nada de español. Desde entonces, he viajado a cinco países de habla hispana. Esta es mi experiencia de un año en Latinoamérica. (One year ago, I moved to Mexico. At that time, I didn’t speak any Spanish. Since then, I have traveled in five Spanish-speaking countries. This is my experience of one year in Latin America.)

Prior to moving to Mexico, I had basically no experience with Spanish. I studied Latin in high school and didn’t take any foreign language in college. After graduation, I moved to China to teach English and studied Chinese. A few years later, I joined a program in Bali to learn Indonesian language and culture. You can find my work on both of those language blogs if you’re interested.

Mi chino es mucho mejor que mi español.
My Chinese is much better than my Spanish.

After several years in Asia, my wife and I decided to change things up and give Latin America a try. Arriving in Monterrey, Mexico on a bus from Austin, my Spanish was limited to basic greetings and useful phrases like “¿Dónde está el baño?” and “Una mas cervesa, por favor.” On a 3-week trip that also took us to Mexico City, San Miguel de Allende, Guanajuato, and Guadalajara, we got by with our caveman Spanish, broken English, and lots of body language. When we got to our new temporary home of Puerto Vallarta, we knew we had to improve our Spanish.

See what we did with one week in Mexico City in this video.

After an overnight bus from Guadalajara, we dropped our bags off in our apartment and headed straight to our first class at Spanish School Vallarta. Maestro Melchor Cortés and his wife Martha are both incredible teachers and have been helping confused gringos in PV learn Spanish for almost two decades. They use the famed Warren Hardy method, which consists of four different levels. In the 2 1/2 week Level 1 course, we focused on learning power verbs such as necesitar (to need), querer (to want), and gustar (to like).

It gave us a good foundation to finally try to order food, take taxis, and do our grocery shopping in Spanish. My only complaint with the class was that it was a bit too easy and slow for me. It’s important to get the basics down and do grammar drills, but I prefer classes more focused on conversation. I would later take private lessons with Maestro Melchor which allowed me to speak a lot more Spanish and ask more specific questions. When we return to PV later this year, I plan to take the Level 2 course to improve my grammar and add a few hours of private lessons each week for conversation practice.

A view of PV from above.

Although we only plannded to stay in PV for a month, we ended up staying for six. This is something you commonly hear from other visitors. Puerto Vallarta just has that effect on people. It’s a beautiful place with friendly people, amazing food, and of course, la playa. I wish I could tell you that my Spanish improved greatly there, but it didn’t. This is due to a variety of reasons:

I’m not trying to make any excuses here, just being honest. When you live in Mexico but much of your life still happens in English, your Spanish doesn’t improve that much. This is especially true in a place as touristy as PV. There was definitely some progress, though. By the time we left, I was able to converse at a very basic level and do the important day-to-day tasks. A month back in the US speaking approximately zero Spanish brought me back down a notch or two, though. I tried to listen to podcasts and use Duolingo a bit, but we were moving around so much and visiting family and friends so my Spanish definitely got rusty. We hit the road in September bound for South America to get back to the Spanish-speaking world.

Our South America adventure began in Cartagena. I had looked into taking Spanish lessons there for a week, but when we couldn’t find an apartment where we could also teach I changed my mind. We enjoyed a short vacation there, including two nights at the amazing floating eco-hostel called Casa en el Agua (House in the Water). See what it looks like in this short video:

Next up, we spent a week in the Colombian capital of Bogotá. Since we had to teach almost every morning and I had lots of blogging to catch up on, so we didn’t do too much in the city. We did join the free walking tour and then also signed up for the amazing graffiti tour. My Spanish was put to use when taking Ubers around the city and eating things like ajiaco in local restaurants. I had heard that Colombia was a great place to learn and practice Spanish and found this to be true. People in Colombia speak clearly and more slowly than people in Mexico, so I was able to understand quite a bit even if I couldn’t always respond.

You stole our hearts, Medellin.

After moving around a lot, we needed to slow down a bit. Medellín is quickly becoming a top destination for digital nomads, so we decided to give La Ciudad de Eterna Primavera (the City of Eternal Spring) a try for a 6-week stay. In our time there, I took Spanish lessons at two different schools. First up was a 20-hour group course at Toucan Spanish in the Poblado area, AKA Gringolandia. I enjoyed the class and especially liked all the activities that the school puts on for students, but Poblado definitely isn’t the best place to use Spanish. As such, we moved to the Laureles neighborhood for a month.

In Laureles, I signed up for a 2-week private class with Colombia Immersion. I prefer group classes, but thanks to my teaching schedule I wasn’t able to join those. I still enjoyed my class and learned a lot, not only about Spanish, but also about the city and its tumultuous past. Colombia Immersion also has a center in Envigado for those considering studying Spanish in Medellín. They do some great events as well, including a very popular language exchange every Friday night.

We really enjoyed our time in Medellín and would highly recommend it as a place to study Spanish. If you don’t have to keep up two other jobs like I do and have more time, you should consider doing the full immersion program at Colombia Immersion. You get 20 hours of group lessons, 5 hours of coaching, and a weekly field trip. They can also help you arrange a homestay, which is probably the best way to ensure you’re speaking Spanish constantly. This isn’t really possible for me thanks to my loud and obnoxious job as an online ESL teacher, but I would love to do a homestay one of these days.

In Part Two of my yearlong adventure around Latin America, we’ll take a look at our time in Ecuador, Peru, and Chile. I got to check off two major bucket-list items in these countries. Can you guess what they were? Stay tuned to find out! 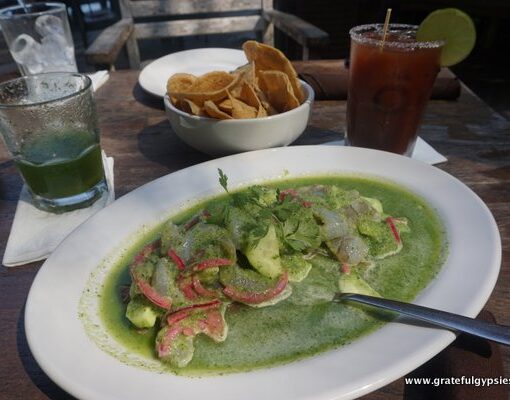 La comida mexicana es famosa en todo el mundo (Mexican food is famous all around the world). But what exactly is real, […] 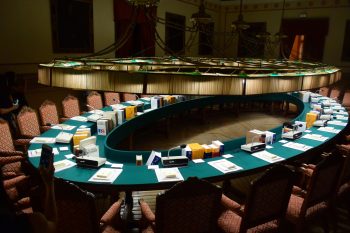