01.18. Verón started with a very good blow in Tokyo

Argentine boxer Francisco “Bebu” Verón defeated Swede Adam Chartoi by unanimous decision and advanced to the middleweight round of 16. The native of José León Suárez was well planted and closed a great debut with victory.

Rosario Nadia Podoroska, the only female representative of our country in tennis, faces the Russian Ekaterina Aleksandrova, in one of the matches played this Monday for the second round of the singles tournament. Argentina comes from eliminating Kazakh Yulia Putintseva.

0.29. Germany went over and defeated the Gladiators in handball

For a long time the Gladiators put the German team in trouble, but finally Germany asserted its greatest power and defeated Argentina 33-25, a result that forces the Albiceleste team to go in search of victories in the next matches for the Group A, against Norway, Brazil and Spain, with the mission of qualifying for the quarterfinals. 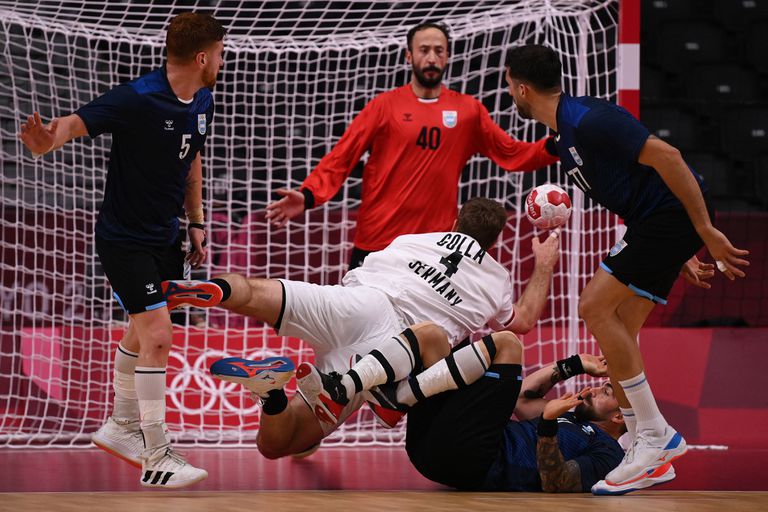 Perhaps in what was the safest bet in swimming, the British Adam Peaty defended his Olympic title in the men’s 100-meter breaststroke at the Tokyo Aquatic Center. Peaty was the world record holder and the first man in history to break the 58- and 57-second barriers in the test. He dominated the final with the fifth fastest time in history, 57s37. The Dutchman Arno Kamminga obtained silver with 58s, and the bronze went to the Italian Nicolo Martinenghi, with 58s33.

The Brit jumps to glory at the Olympics

The Australian Ariarne Titmus defeated the American Katie Ledecky in the final of 400 meters freestyle (3: 56.69 against 3: 57.36) and deprived her of a sixth title in the Olympic Games, reported the AFP agency.

Titmus beat Ledecky in one of the most anticipated competitions of the Olympics, setting the second fastest time in history. The Australian, who was almost a length behind the American after four of eight laps in the 400-meter freestyle, accelerated in the final 100 meters to finish with a time of 3m56s69 seconds. Ledecky lost an individual Olympic final for the first time, after winning the 800 freestyle in London and hanging another three golds in the 200, 400 and 800 freestyle in Rio de Janeiro five years ago.

Ledecky was the defending Olympic champion and world record holder. He had to settle for silver this time with 3m57s36, the fourth best time in history. The bronze went to the Chinese Li Bingjie with 4m01s08. . 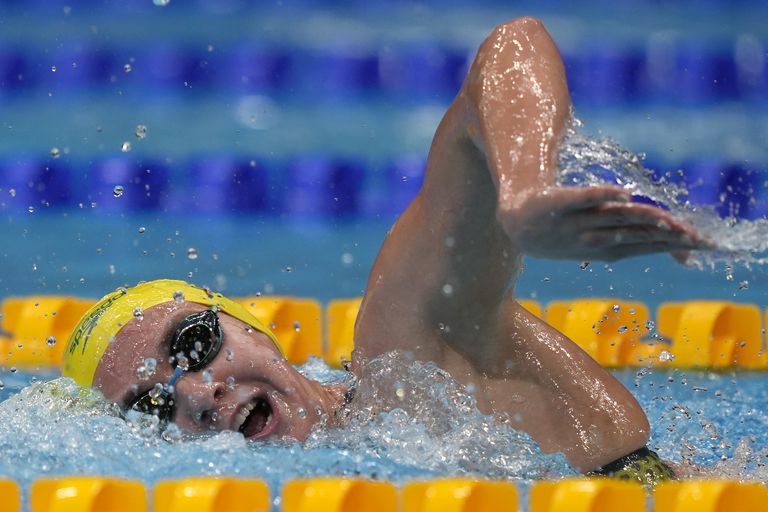 Belén Pérez Maurice fell 15-12 in her third consecutive Olympic Games challenge to Anna Marton of Hungary. The 36-year-old athlete from Buenos Aires arrived in Tokyo after having competed in London 2012 and Rio de Janeiro 2016. With this defeat, she was eliminated. “It was unfair,” said the athlete to summarize their confrontation, in an interview with Public TV. “I was very close. I am happy with my work ”, she added.

23.03. Good start for the Gladiators against Germany

The Argentine handball team took the lead with two goals in the first three minutes of the match, against Germany, through Zone A. They are trying to redeem the previous defeat, against France, 33-27. For now, the partial result is 13-14 against the Argentine team at the end of the first half. 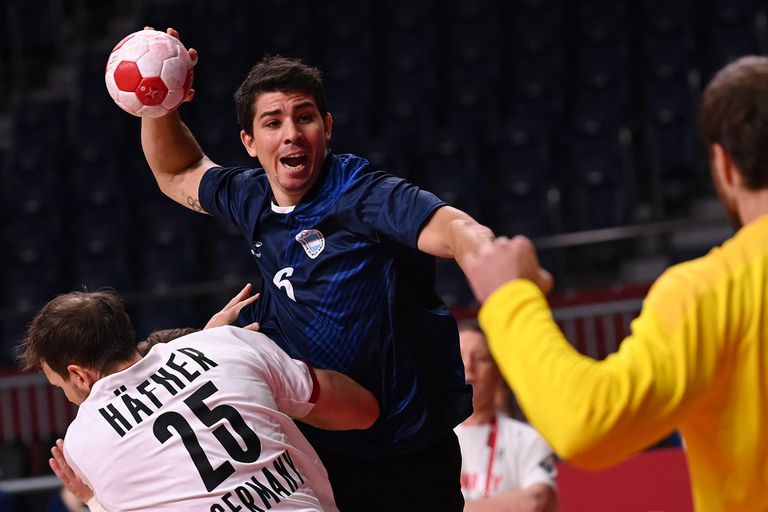 With solidity when it comes to contesting the balls on the floor, the Argentine team of Seven notably prevailed over Australia. It seemed a huge challenge, since the rival is one of the most outstanding teams in the discipline, but the Albiceleste team threw the rival back, forced the errors, and – with the calm of the scoreboard in favor – held the advantage. Thus, it was imposed by 29-19.

“We are happy to win. This match was worth double, against a direct rival and who is above us in the ranking. The first half was almost perfect, the second half was more complex, but you have to keep learning, it’s part of the game, ”head coach Santiago Gómez Cora told TyC Sports. In the other match for Group A, New Zealand edged South Korea 50-5. 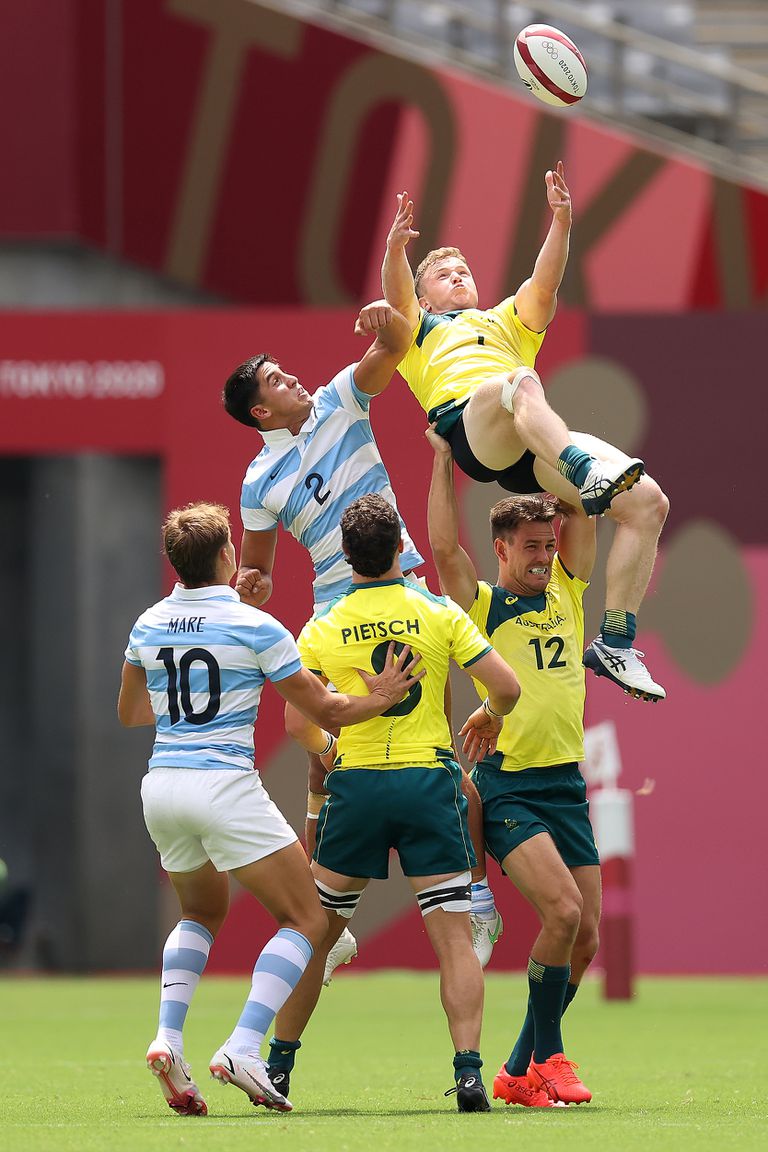 Henry Hutchison and Lucio Cinti fight in the air during the match between Argentina and Australia in Sevens debut in Tokyo 2020. (Dan Mullan /)

With a solid defense, but more than anything with an attack initiative that even forced a string of successive penalties from Australia – one of them on the try line – the Argentine team closed the first half 24-0 against one of the best teams in the world in this specialty. 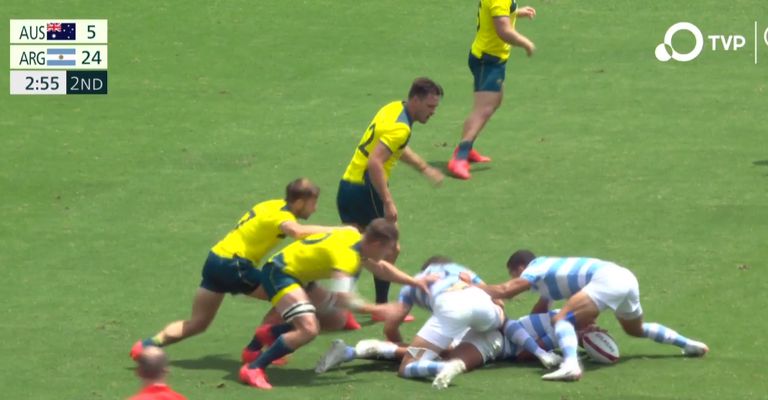 Firmness of Los Pumas; with balance to dispute the balls on the floor, they were unbeatable when the oval was divided

The Argentine rugby team debut in Group A against Australia; then he will play with New Zealand, at 5.30, and finally he will play with South Korea on Monday 26 at 22. “The objective of achieving a competitive team was achieved. We work every day for a medal. It is our engine. It is what motivates us to get out of bed and go to train and do what we do every day to be better every day, ”says Santiago Gómez Cora, coach of the Argentine rugby seven team, in the previous match.

There is a team for the debut of @ lospumas7arg in the @Olympic Games!

Cheer on Gómez Cora’s team in the game against Australia! #Let’s go Argentina

21.40. The Gil brothers seek the top of the table to qualify

Melisa gil participates in the fourth qualifying round of target shooting, punctually of the Skeet discipline. He is 36 years old and received an Olympic diploma in Rio 2016. In the third round, he finished in position number 16 of the general table, after closing a first series of 23 hits, a second of 24 and a third of 23 to finish with a 70 over 75 total. His brother Federico, 33 years old and also a competitor in Skeet, will compete later. In the first three rounds he was ninth, with a total of 73 of 75; recorded a perfect first round with 25 hits from 25 shots, where he ended up sharing first place with 12 other athletes. In the second round, the shooter had two failures (23/25) to remain with 48 of 50, in position 25. In the third, the Argentine made 25 again and rose in the classification. Only the first six athletes will advance to the final for medals. 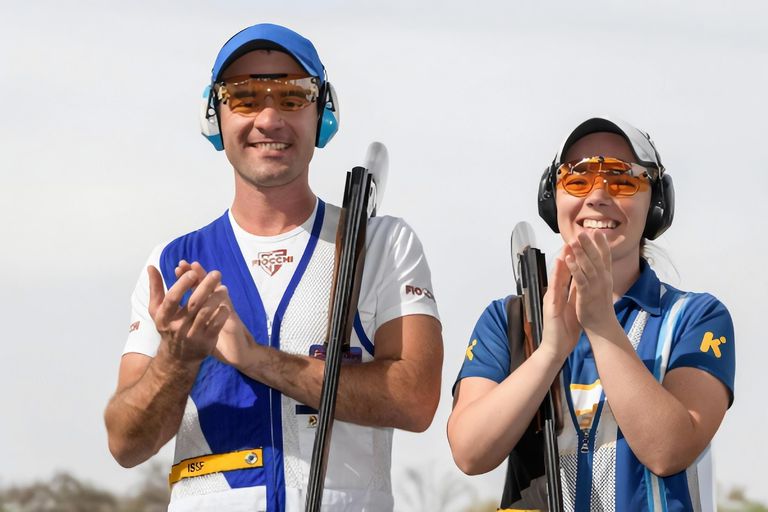 With an incredible sprint of maximum speed that he sustained during the last kilometer of the demanding competition, Kristian Blummenfelt -from Norway- wins the gold medal of the Olympic Games, in the men’s Triathlon discipline. It recorded a time of 1:45:04. On the podium, he is escorted by Alex Yee from Great Britain and Hayden Wilde from New Zealand.

Kristian Blummenfelt wins the first gold of the day at # Tokyo2020 in the men’s #Triathlon after a thrilling race!#NOR @WorldTriathlon @idrett pic.twitter.com/M3AGCTy4EM

Welcome to day 3 of competitions in Tokyo 2020

My name is Belisario Sangiorgio and I will accompany you in the coverage of the third day of competitions for Argentine athletes at the Tokyo 2020 Olympic Games.

LN – Coronavirus: How to talk to the boys about what is happening?

LN – In pictures. How to live the quarantine in villa 31

LN – Euro Cup: Spain did not go beyond the draw with Poland and everything will be played against Slovakia

Spain rescued just one 1-1 with Poland on Seville Y your classification will be played in the last game of the group stage of the Eurocup versus Slovakia. Alvaro Morata ended his drought by putting the Spanish team in front at 25 minutes, but Robert Lewandowski equaled 9 of the second half with a header, […]
19/06/202119/06/2021

LN – Quarantine. “My teenage son stays up at night, what do I do?”

The night became the moment chosen by the adolescents to socialize between pairs. In the picture, Juan Ignacio, 15, playing online with his friends Credit: Kindness The arrival of quarantine in our lives changed our temporal logic. For example, the night ceased to be, in many homes, that space dedicated to the rest of the […]
09/05/202009/05/2020

Spain begins the final stretch against Croatia Luis de la Fuente’s men start the European qualifiers in search of revalidating their continental title MADRID, May 30. 2021 (Europa Press) – The Spanish Under-21 team, current continental champions, begins on Monday the qualifying round of the European in the category of Hungary and Slovenia against Croatia […]
30/05/202130/05/2021

LN – Earth Day: “It is time to choose what type of consumer we are going to be”

About 10 years ago, people began to talk about conscious and responsible consumption in Argentina. The word sustainability was written and repeated without knowing very well what it was about. To be or not to be sustainable seemed to separate one from the other. On the one hand, there were those interested in taking care […]
24/04/202024/04/2020

LN – Disability. ” Some things cost us more, but we do not lower our arms ”

LN – He is 12 years old and since he was 9 he works in the yerba mate harvest: “I get up at five in the morning”

A documentary that is released today exposes the reality of the boys and girls who work in the yerba mate harvest, in Misiones; from the organization A Dream for Missions fight for the eradication of child labor Credit: Courtesy Posibl. Nico is 12 years old and lives in Puerto Esperanza, a town less than 60 […]
13/06/202013/06/2020
Next