The weather in Yaguajay, 90 kilometers from Santa Clara, it is less convulsed, but still the shock waves of rampant violence. Like the image of an execution against a protester in the middle of the street, in full view, in one of the main cities of Cuba. “The situation is very tense and the most regrettable thing, beyond the scarcity, is the confrontation between Cubans, promoted by the president himself ”Miguel Díaz-Canel, warns the Argentine priest Carlos Peteira, who develops his pastoral mission in the northern part of the island.

Father Peteira, 57, belongs to the diocese of San Rafael, which encompasses the three southern departments of Mendoza and seven years ago he arrived in Cuba, sent by his bishop, Eduardo Taussig, as part of a pastoral mission.

Since 2014, he has been in charge of the San José parish, in Yaguajai, and shares the recent statement of the Cuban bishops, who called for “Don’t close your eyes” and they affirmed that “the people have the right to express their needs, desires and hopes and, in turn, to publicly express how some measures are seriously affecting them.”

Abraham Jiménez Enoa, Cuban journalist: “Since 2016, my life is this: they kidnap me, they interrogate me and they harass my family”

In a telephone dialogue with LA NACION, Father Carlos questioned Díaz-Canel’s harangue, in which he called “the people to confront the people” and rekindled confrontations. He described that people are showing their tiredness and that “Cubans have a master’s degree in patience and in coping in conditions of many limitations.”. The saturation, he added, reflects “a frustration at the lack of projects and dreams.”

-How is the situation in Cuba today?

-We are 350 kilometers from Havana and 500 kilometers from Santiago de Cuba, the most tumultuous and stormy places. But in the diocese of Santa Clara the reaction was strong. I’ve been there for seven years and I perceive a sickness of the people. Cubans have a master’s degree in patience, in enduring and managing even in very difficult conditions and with many limitations. Cuba has everything to be a rich country and it is a poor country.

-Is fed up due to the social and economic crisis or due to the lack of freedoms?

-The straw that broke the glass was the lack of medication. People couldn’t take it anymore. The shortage is noticeable. In the spirit is the frustration of dreams. It is a terrible crisis of hope, of projects. Nothing makes sense, it is not worth the effort, it is not worth studying, it is not worth working … the only desire of Cubans is to leave the country.

-Why do the reactions arise now?

-Last January, the government proposed an economic reorganization plan and it was a failure. It was five times the salaries, but it was a fictitious improvement, because the products increased 20 times. The pressure of the pot exploded. They are popular reactions that at some point were going to occur.

-Does the government show willingness to reach agreements?

-Does the tension continue as the days go by?

-It is maintained, despite the fact that the Cubans are peaceful. People are very afraid.

-The Cuban bishops warned that they are concerned about “immobility.” Is it a call to go out, to resistance?

-When they speak of immobility they demand that the government take measures. In a public letter, the bishops asked to avoid the confrontation of Cubans against Cubans. Avoid increasing sores and wounds.

-Do claims arise for the exercise of freedom and access to the market economy?

-You can see it on the posters and in the minds of the people. The bishops’ request is freedom and justice, which is ultimately what we all want. In that the government has very large debts. There were acts of support for the government to counteract these demonstrations and they were very small, with people who were forced, with threats of job loss or salary discounts.

– Were there expectations of a greater opening after the departure of Raúl Castro and his replacement by Díaz-Canel?

-Yes, and Díaz-Canel himself stated that it was a new stage, always within continuity. It was the expectation of all Cubans. In addition, the United States’ hardening towards Cuba produced great discouragement, and the government always highlights this.

-How is the handling of the pandemic in Cuba?

-Until a month ago, it was quite controlled, but in recent weeks Covid-19 strongly woke up. Much of Cuba’s life depends on tourism and at this moment tourism is paralyzed. Families are desperate for lack of resources.

-Are there many infections?

-It had been controlled with about 1000 daily infections and about 10 deaths per day, although each life is worth. Today the cases reach 6,500 every 24 hours and there were days with 40 deaths. It’s a big alarm.

-Does the pandemic impact schools?

-Yes, it’s a total regret. The boys are very controlled and cannot leave their houses, they are locked up. The Internet is very poor and they have made attempts at classes on television, but with limited results.

-The official information is that the number of inoculated is high, with Soberana and Abdala, the two vaccines undergoing experimentation. Vaccines from elsewhere did not enter here.

-How does the task of the Church develop in this context?

-We do not have serious problems, other than asking for permits for a procession, for example. The bishops have always been a courageous voice. But we do not have a radio, a school, a television channel to make us listen. We do our mission work, house to house, word of mouth. The visit of John Paul II in 1998 was a before and after, overnight. His presence, his word and his strength showed that the Church in Cuba was not dead and buried.

-Are there restrictions on freedom of education?

-That does not exist.

Active presence of the Argentine Church in Cuba

Father Peteira is from Buenos Aires and grew up in the San José de Flores parish, the same one where Pope Francis found his priestly vocation. Then he was trained in the seminary of the Mendoza diocese of San Rafael, where he was ordained a priest and in 2014 he joined the diocesan mission sent by Bishop Taussig to Cuba, to assign him to a parish in Cuba that allowed him to develop his missionary spirit. 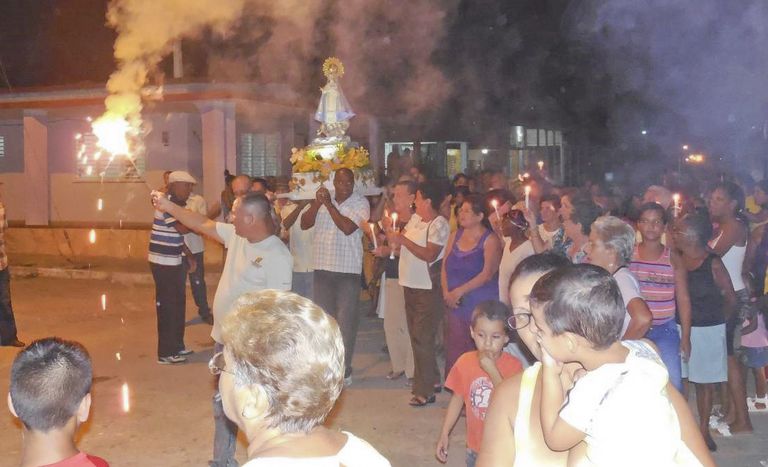 Taussig created the mission in the Cuban diocese of Santa Clara in 2013, at the request of the local bishop, who asked for priests to respond to the strong devotion that the Virgin of Charity of El Cobre aroused, 400 years after her appearance.

Father Carlos feels motivated and grateful for the pastoral experience in the parish of Yaguajay and today he shares the diocesan mission with the priest Jorge Herrera, also sent by the Bishop of San Rafael.

The presence of the Argentine Church in Cuba has been consolidated in the last 28 years. The diocese of San Isidro was a pioneer, when Monsignor Jorge Casaretto sent four priests to Holguín in 1993, at the request of the local bishop due to the shortage of vocations. It is the third largest city on the Caribbean island. With more than a million inhabitants, it barely had 11 priests. Today there are 36 priests in the diocese, which in September 2015 received Pope Francis.

Until John Paul II’s visit to Cuba in January 1998, the pastoral work of priests was complicated. They went out on bicycles and encountered the resistance of the agents of the Committee for the Defense of the Revolution (CDR). That historic trip by the Polish pope was marked by the meeting with Fidel Castro, which could be held after the Cuban regime relaxed restrictions, allowing open-air masses, authorizing the entry of religious and declaring a holiday on Christmas Day 1997. 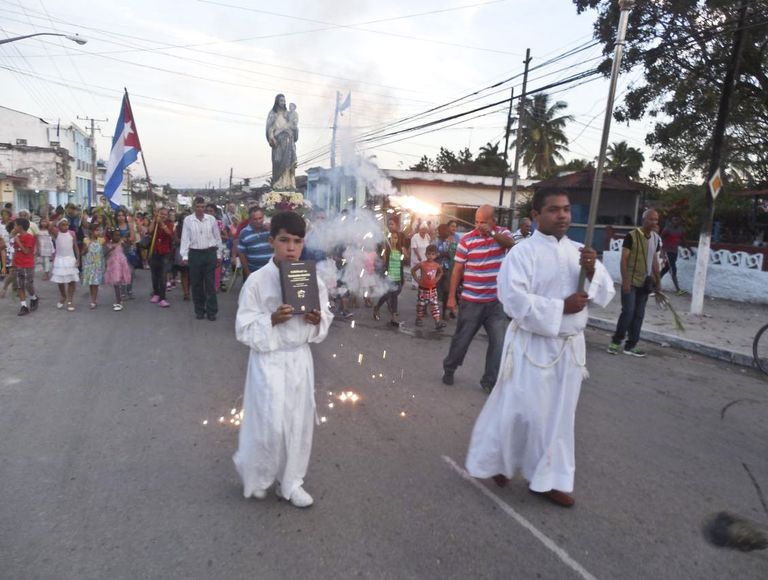 A procession in Yaguajay, Cuba, where Father Peteira is (Gentileza /)

Sent by Casaretto, in 2000 Father Marcos Pirán arrived at the San José de Holguín parish, joining the Argentine mission to serve the poorest. He remained more than 20 years and, last February, Francis appointed him auxiliary bishop of the diocese, which redoubled his responsibilities and challenges.

Bishop Oscar Ojea, Casaretto’s successor in San Isidro, continued the sending of priests. Among those who missioned in Cuba are Martín Fassi and Marcelo Mazzitelli, who today are bishops of San Martín and auxiliary of Mendoza, respectively. The Diocese of Reconquista also sent Father Dante Braida, today Bishop of La Rioja, the headquarters of Enrique Angelelli between 2000 and 2004. 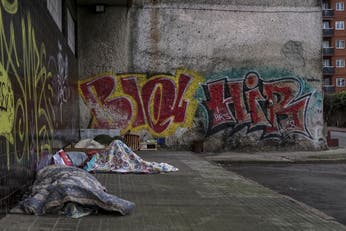 From calling 108, contacting specialized NGOs or bringing a plate of food, it all adds up when collaborating with those who live […] 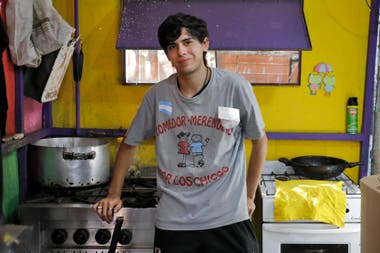 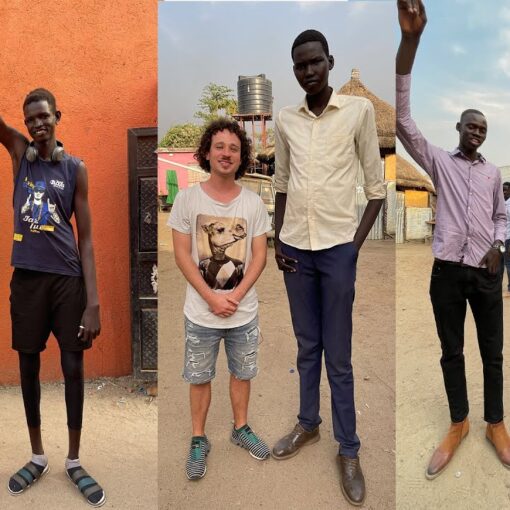