The surprising meeting between Juan Manzur and Marco Lavagna made waves, even within Indec. However, neither its workers, nor the technicians, nor the heads of the statistical agency find the possibility of a new political intervention viable, similar to the one that falsified public information between 2007 and 2015, during the administrations of Néstor and Cristina Kirchner.

But only the advent of Guillermo Moreno’s shadow made Lavagna react quickly. After the negative repercussion generated by his meeting with Manzur in the midst of the Roberto Feletti price freeze and before the legislative elections (the next CPI is published on November 11), the economist and director of Indec sought to clear ghosts. Lavagna knows that – in addition to technical rigor – Indec’s key input is credibility.

Yesterday he urgently summoned the technical director, Pedro Lines; the national director of Price Statistics, Santiago Boffi; to the Director of Consumer Price Indices, Georgina Giglio, among other technicians, to explain the reason and the tone of the conversation with Manzur.

Somewhat irritated by the public uproar, the economist said it was the third or fourth meeting he had held with the Chief of Staff whom he has known since the days of “federal Peronism.” He said that the meeting lasted one hour and the impact that Feletti’s maximum prices can have on the CPI was discussed, but Lavagna confirmed there that there was no information available yet. It could start to appear next weekend. At the meeting, the latest activity and labor market indicators of the organization were then reviewed.

After the meeting with Manzur, Lavagna met with Juan Ross, the replacement for Juan Pablo Biondi, and with Valera Zapesochnyp, who asked for more information on these indicators. It was distributed the day before yesterday by the spokesmen of the President.

Lavagna denied that there had been tightening, he recalled that in the last two years he had never had a request to add an official troop to the institute and that contact with Manzur will be maintained: the chief of staff is the one who must sign the approval of the cost of the census (about $ 6 billion), per case. He was surprised by the inclusion of that meeting in the agenda that the Presidency reports every night and with the appearance of chroniclers after the meeting with the Tucuman governor on leave. In ATE-Indec, a union that opposed the intervention, they billed him that, being a man who comes from politics, he did not have the sensitivity to detect the noise that that photo with Manzur was going to generate. 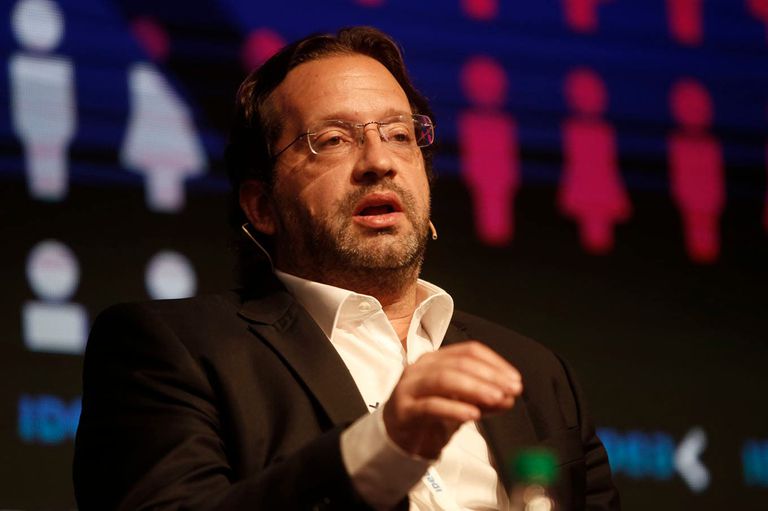 In the meeting with its technicians, Lavagna also sought to delve into how the survey of the almost 1,500 maximum prices frozen for 90 days of Feletti will be. Its experts explained that the pollster takes the same prices as every month (Indec’s IPC reveals about 320,000) and that if there is a sign of Care Prices, a mark is made on the spreadsheet. Such information is then developed in the so-called “Note 2” of the IPC report. The September one, per case, states that the Care Prices represent 4.72% of the values ​​surveyed in GBA. For the Indec technicians, it is unlikely that Feletti’s 1,500 prices will push that percentage above 15%, despite the fact that the basket has 610 products and food is about 400. Some even indicated today that the real impact of the Feletti program was not statistically observed in the October data; maybe yes in November.

The statements of the Secretary of Internal Commerce on a Price Observatory did not fall at all bad in the Indec. The re-foundation of the same –existing since 2015- may add some pressure to the body in the comparisons, but, on the other hand, The technicians say that to control prices of certain products identified in an official program, the own surveys (in this case of Internal Trade) are better. It is not going to be that some late night seeks, as Moreno did, to know the list of sources of the Indec protected by statistical secrecy.

The political noise with prices did not do well to Indec, which had gone through some strident changes in recent months. Important changes in the institutional structure dedicated to prices – everything was under the umbrella of the same direction to which it is expected in the future to add a new wholesale price index linked to distribution – or changes of names since the end of last year: the director of the IPC Josefina Rim left and Martín López Amorós entered. The latter left office for personal reasons and he was replaced by Giglio, who comes from the province of Buenos Aires. Giglio was recommended to Lavagna by Graciela Bevacqua, advisor to the director. Bevacqua was the first displaced from Indec by Guillermo Moreno. Its name is today a seal of quality.

The contacts between Lavagna and Feletti were minimal in recent times, and will continue to be so after the noises that occurred this week around the organization. Rather than in a solo encounter, they are more likely to cross paths underwater. That’s how they met about seven years ago. By chance they attended the same rescue diving class together.