He caresses the right armrest of his green velvet chair and remembers when, some time ago, a former student from the school where worked for 73 years as a tutor and secretary he rebuked him at a dinner at the end of the school year. “You are a…”the man yelled at him, shaking him by the shoulders.

Despite the “expletives” received, such as Miguel Angel Vallvé He defines them, he is a beloved and respected icon in the Escuela Argentina Modelo, which saw him graduate, mature, work, get married, become a father and even become a widow.

The hundreds of warnings that he distributed among the most complicated students and his firmness in the penance hours on Saturdays make him one of the most significant and renowned figures of the 103-year-old institution, where the head of the Buenos Aires government also studied, Horacio Rodríguez Larreta.

The active life between work and sports activities at the club ended with the pandemic, which forced him to interrupt his working career in the same school where he attended high school and where his father taught until the day of his death, when he was twelve years old.

The 94-year-old man is recognized as “A centennial copy of the school”Since 1930 he has been attached to the institution, when his father was a language and literature teacher and, later, high school secretary, the same position he took from 1960. This year, Vallvé decided to resign. “I felt my skeleton creak “he says regretfully, still waiting for a formal farewell.

Diego Maradona’s underage girlfriend broke the silence: “I never imagined that I would get into drugs”

In a dark and impeccable suit, with a spotless white shirt and freshly pressed trousers, Vallvé wipes the fluff from his sleeves and brings to the present one of the worst jokes starring young people. 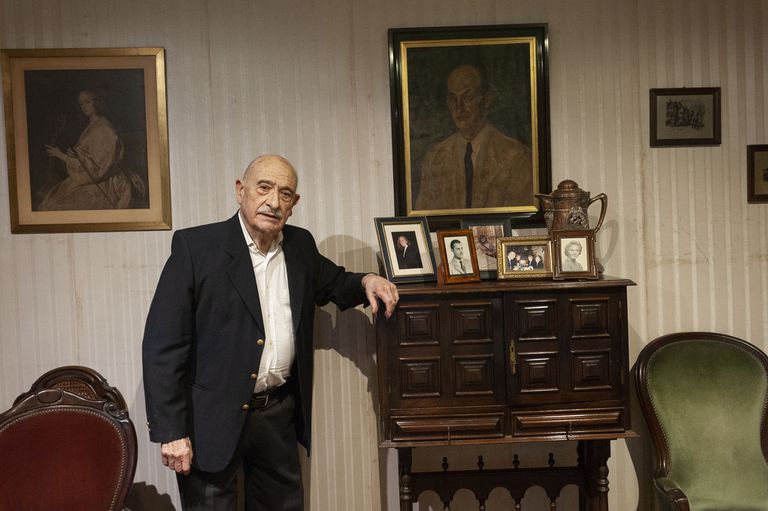 In the living room of his house, with walls that hold more memories than he himself can detail today, the former high school receiver crosses his arms, also his legs, looks up and is transported to the corridors where he spent most of his life.

“The men’s restrooms are tiled, but not on the top. Then, there my name used to appear with a number of qualifiers of all kinds that made me doubt my own personality”, Says Vallvé and winks, looking for complicity. “Anything about me these guys wrote, It looked like a public toilet!”He says, and clutches his head with both hands. 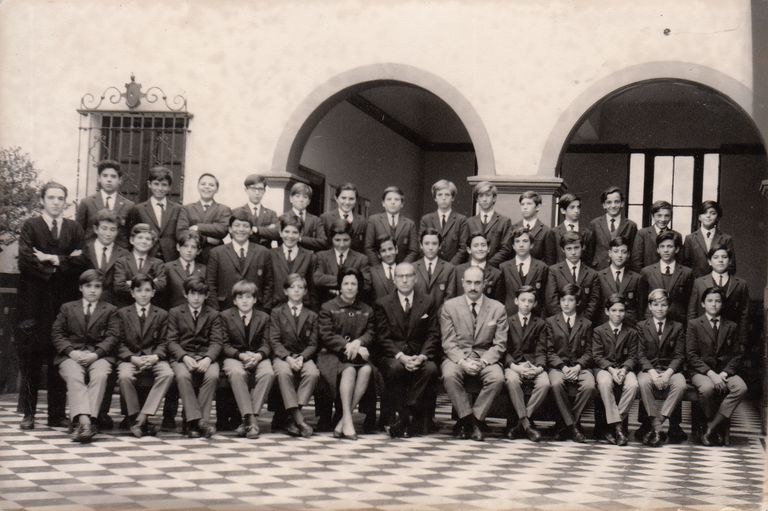 Miguel Ángel Vallvé, in the center in a light gray suit, together with a group of students

He identifies as severe and those who crossed paths with him remember him that way, even after many years. “They gave me many nicknames … Some can be said and others cannot”he acknowledges with his acid humor. Plus, he shares one of his greatest strategies when it comes to taming 40-man divisions. “You have to have the leaders of the pack on your side, that’s essential”, he assures.

Such is the bond he forged with his students, always with the firmness involved, that on many occasions he was invited to weddings. In that of a graduate, as soon as Vallvé entered the church, the groom approached him worried and, “like crazy”, said: “No no no. I did everything, I owe nothing, I did all the penances ”. 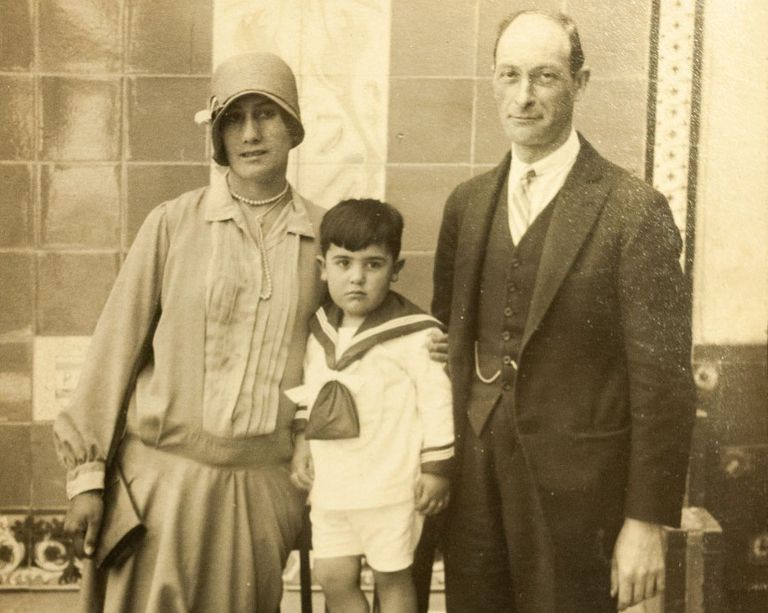 Miguel Ángel Vallvé as a child with his parents

The former secretary reinforces the line of his impeccable pants, which seems to have just come out of the dry cleaner, with the help of his hands and reflects: “I think that the fame that they have made me demanding was a bit because Dad was like that. It gave me freedom, on the one hand, but there were things that I didn’t accept, such as getting a bad grade because it left me locked up ”.

He is convinced that he inherited the discipline from him and, as he did years later at work, he also took from his father some characteristics that his older colleagues told him they shared.

Move your right foot, as if marking the rhythm, to remember and go back more than 80 years. “My father punished me and when he died he did not give me permission to leave, I was locked up for a week, I just went to school. He left me those instructions to help my mother and told me that there was work at home ”. 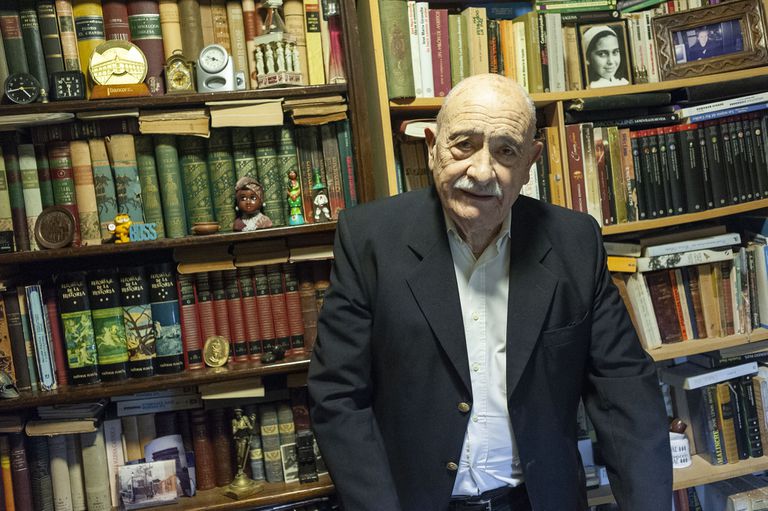 For Vallvé and his family, there is a former student who perfectly sums up their time at school. “When we had it, it was a turro, but when you graduate you want it”said San Martín, a young man who passed through the classrooms of the Escuela Argentina Modelo.

“As long as you treat your students with respect, fairness, and correctness, then they return lovingly. This is how I lived it with all the litters I had in all these years ”, analyzes the man who spent Saturday afternoons in school penances. 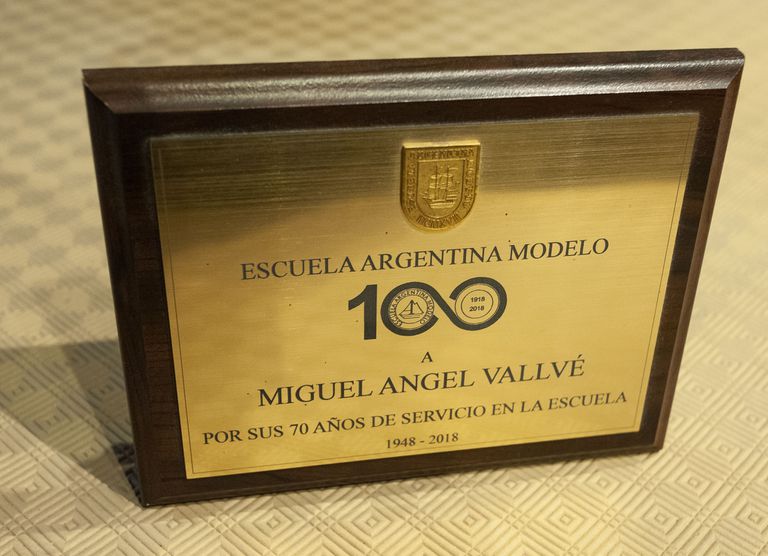 Vallvé was in charge of giving diplomas to many generations. “At a medal ceremony, a student was with his father and grandfather. The three of them hugged me because they all went through the school and because of my sanctions“, remember.

While he no longer works at the school that saw him grow up to 94, he still doesn’t think his last day has come. He is still waiting, when the health situation allows it, to walk the corridors again and renew his history of jokes and penances.

If classes were to be attended again today, rural school No. 762, 80 kilometers from the town of Villa Angela, in Chaco, […] 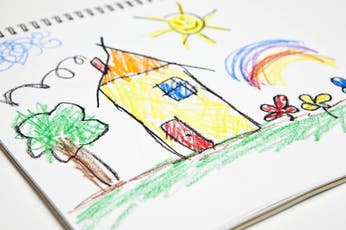