In a morning of quarantine and without classes, Marcos’s alarm clock rang and had the effect of a bomb in the sleeping house. He looked at the cell phone and there was the WhatsApp message from Tomás, his oldest son, 15 years old:

“Dad, before I go to work, I want to talk to you. It is important.”

Fernanda, his wife, was still asleep. Marcos got up and when he entered the room that his two children share, the news perplexed him.

, I had started following them a few days earlier on Instagram. First, Mateo, the youngest, 12. They exchanged private messages and, when he gained their trust,

. Mateo agreed. Orders kept coming, one after another. When he said: “Enough, until I get here”, the threats came: “Talk to your brother, he is in it.

If they don’t keep sending me pictures of the two nudes, I’m going to post the ones I already have

Tomás confirmed to Mateo that he had also shared intimate images with the stranger and now he did not know what to do. Terrified, the brothers took out others, together and with the poses indicated to them. Until then, they did not know that Paula was not Paula, and they were

According to the references consulted by LA NACION, during the quarantine to prevent the spread of COVID-19

. Not only the consultations in the organizations that work on the subject multiplied by three, but in the

, which depends on the Public Prosecutor’s Office of the city of Buenos Aires, the complaints doubled.

In March, they received 2,875 cases of dissemination of images or videos of child sexual exploitation. So far in April, 5062.

The increase in reporting income was 76%.

It is a cybercrime that is characterized by the harassment by an adult of children and adolescents through the internet to obtain some type of sexual gratification or sexual images. Generally, it is done from false profiles in which the groomer (as these criminals are known) pose as boys or girls to gain the trust of minors. “What we noticed as soon as the quarantine began was that social distancing was going to take place in physical but not digital terms.

Hyperconnectivity made children and adolescents hypervulnerable

The #denuncialo weekend was trending on Twitter after users of that social network detected that a profile was sharing explicit images of sexual abuse of boys and girls. Given the number of messages received, Grooming Argentina posted a series of instructions on how to act in these cases so as not to hinder the investigations. “These days, many people find users uploading child abuse material and don’t know what to do.

“says the founder of the NGO.

Given the number of messages received by users of this social network, we warn: 1) DO NOT make RT of the account that has sexual exploitation content of NNyA. 2) DO NOT generate interaction. 3) DO NOT comment, since you would be warning download profile.4) REPORT. & – Grooming Argentina (@GroomingArg)

Sebastián Bortnik, expert in computer security and founder of the organization

, explains that gooming is a massive computer attack. “That is, they launch in search of any boy or girl, not one in particular, although when the criminal finds a potential victim, he advances with her,” he describes. The simple connection to any digital platform enables the possibility that a boy or girl (generally between 8 and 16 years old) is captured. “Wherever there are chats and children on the other side, there can be grooming,” says the specialist.

The grooming and commercialization of images of sexual exploitation of children and adolescents are closely linked. Although the Internet did not invent pedophilia, it made it much more sophisticated. Daniela Dupuy, prosecutor in charge of Ufedyci, explains that they are receiving two sources of important complaints related to online cyberbullying for children. On the one hand, all Internet service provider companies, when they notice that any user uploads images or videos of child sexual exploitation, must report it to the international NGO National Center for Missing and Exploited Children and, if the IP is in Argentina, the case is referred to Ufedyc.

Quarantine is a unique opportunity for the cybercriminal. These crimes increase scandalously week by week. They have their entire audience at their fingertips

“I can’t help but link this with grooming. The

she uses those images to satisfy her libidinous needs or to introduce them to a child pornography network, “says the prosecutor. She adds:” Quarantine is a unique opportunity for the cybercriminal. These crimes increase scandalously week by week. They have all their public at their fingertips. ”

A few days after the first contact with her stalker, Tomás and Mateo blocked the profile of who was posing as Paula. In despair and fear, the youngest of the brothers erased all the photos and messages they had exchanged. The morning they decided to talk to their parents, a new profile had contacted them: in their Instagram story, the person had published some of the images of the naked boys, pixelizing their faces and genitals, and enraptured several of their friends. .

“Next time, they are going to leave without their faces covered,” he warned them.

Marcos and Fernanda remember that morning with the details of a nightmare. When her husband woke her up and told her what had happened, Fernanda broke down. He began to call prosecutors and NGOs working on the subject, by phone, to “cyber bullying” and “grooming”. When she learned that the bully of her children had shared images of the boys, the mother decided to send WhatsApp a warning to her friends that soon went viral: “Today we found out that my children were being bullied by Instagram a few days ago. person wrapped them up until he got me to send them engaging intimate photos.

and talk to your children. Please don’t get tired of talking to them. They have to learn to say NO. ”

For Facundo Hernández, Deputy Defender of Girls, Adolescents, groooming and other computer crimes, as well as the urgent need to protect boys and girls on social networks, should be high on the agenda. He believes that it is essential that there are specialized prosecutors such as the one that the City has throughout the country, as well as reinforcing prevention. “You shouldn’t be afraid of technology, but yes

and in the previous cares, explaining to the boys all the risks that there are in the Internet, not to generate fear or rejection, but to take care of themselves “, maintains the lawyer.

Paula Wachter, Founder and CEO of

, agrees and explains that the concern about the increase in grooming cases during quarantine is a global trend. ”

It is a subject that is not being sufficiently visible

. Many times, parents assume that children, knowing more about new technologies, have good use of them and do not give relevance to their role of care in the virtual world, which is essential, “warns the referent.” We must break with the idea that because they are in the room they are safe, “adds Navarro.

From Grooming Argentina they created

through which you can report sexual harassment and abuse on the Internet to children and adolescents with the push of a button. In this way, they are sent to a WhatsApp line that is attended 24 hours, activating a protocol of action, legal and psychological support.

How can being a victim of grooming impact boys and girls? Silvia Ongini, child and youth psychiatrist in the pediatric department of the Hospital de Clínicas and co-author of the book

explains that when a boy, girl or adolescent is exposed to being a victim of grooming, “what constitutes a traumatic situation is exactly the same as that of sexual abuse” because “they are

for which many times they are not prepared psychically or maturationally to be able to process. “In addition, he details that another of the pitfalls of grooming is that the victim ends up considering that he is also guilty of what happened. To get ahead, he is going to need restraint immediate and a favorable response from the family.

After Mateo and Tomás told their parents about the ordeal they were going through, Fernanda was with the phone in her hand until one in the morning. Messages and calls kept coming in. “There were many mothers who told me: ‘You were very brave, you opened our eyes and you opened a channel of dialogue at home.’ One of them even told me that she had spoken to her son and had told her something that she had never told him: that a person had contacted him a while ago with the same purpose, “says Fernanda.

The family made the

in the prosecution of its jurisdiction, which is currently underway. Grooming Argentina provided advice and support. “What happened was a bucket of cold water, because here at home we have a lot of dialogue. Still, the boys fell,” says Fernanda. His message to other dads is not to stop working at the

. “The only thing we can do is talk to them, talk and talk,” concludes the mother. 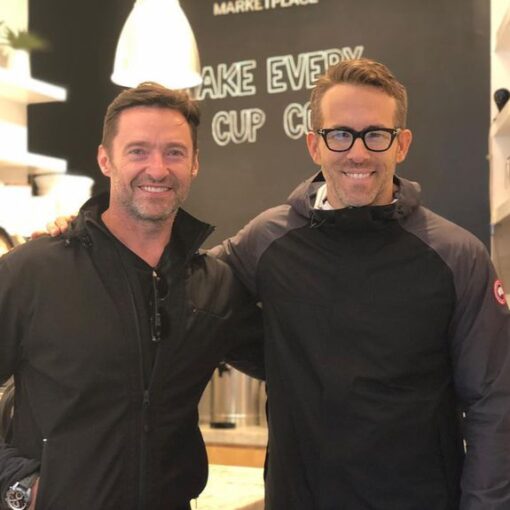 Ryan reynolds and Hugh jackman They are two Hollywood stars who, thanks to meeting on a film set, managed to forge a […] 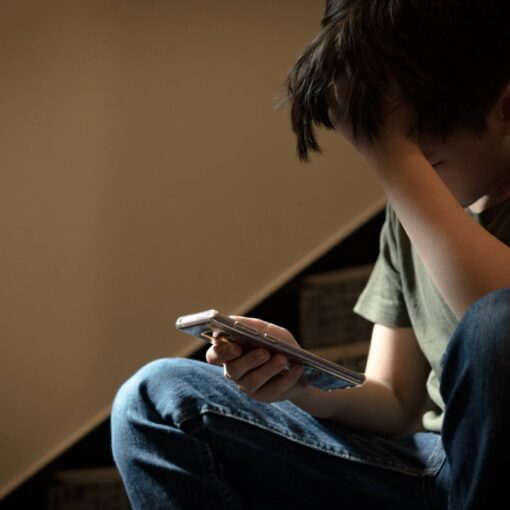 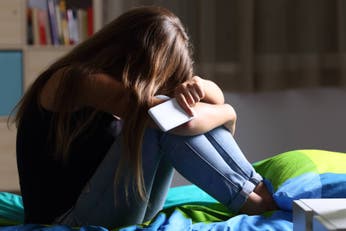 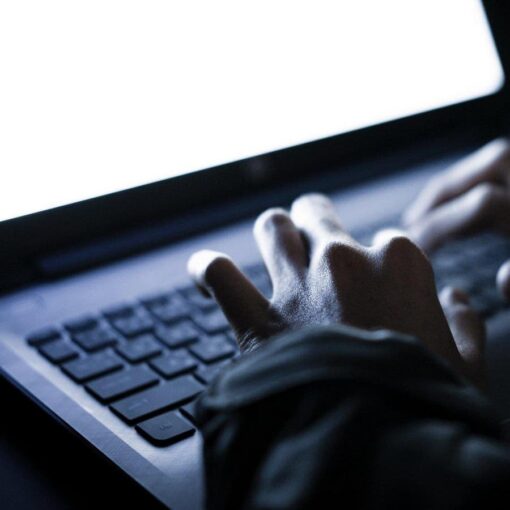 It is the application most used by girls, boys and adolescents; tips from specialists to protect them from cybercriminals seeking sexual gratification […]