The french magazine France Football revealed the candidates to keep the Yashin Trophy, the best goalkeeper in the world, and the Argentine goalkeeper Emiliano Martínez, is among the nominees.

Draw Martínez (Mar del Plata, 28 years old) left Argentina when he was 17 years old. He had not played a minute in the first team of Independiente. He stood out in the 2009 South American U-17 Championship and Arsenal caught him for their youth squad. He moved to London a year later, but it took nine seasons to earn his place under Highbury’s crossbar.

Last summer, Aston Villa signed him in exchange for 17.5 million euros. It was the most expensive transfer in history for an Argentine goalkeeper. Already in the orbit of Lionel Scaloni, in the Copa América 2021 he established himself as the guardian of the albiceleste bow. He earned Messi’s trust and the love of the fans after holding off three shots on penalties against Colombia in the semi-final. “Look how I eat you, bro,” he told his rivals before pitches. The phrase went viral and he became one of the symbols of the new generation of Argentina, led by Lionel Messi, American champion after 28 years.

Here are the last nominees for the 2021 Yachine Trophy! #tropheeyachine

Last night, in the 0-0 draw against Paraguay in Asunción, the Mar del Plata goalkeeper had an impeccable performance. He fulfilled the role that the goalkeeper of a large team must assume: He responded with concentration and firm hands the two times that Paraguay used him thoroughly at that stage. The second, a save against a first-rate definition from Sanabria, coincided with a small twist in the game’s script: Paraguay took a step forward towards 20 minutes, as if the plan had included waiting until the end to do so. Sanabria had another chance after a great pass from Almirón, but he finished off wide.

The ten nominees for the Yashin award:

After the two-day dispute, this Thursday the last matches of the triple date of the South American qualifiers Heading to Qatar 2022. […]

Newell’s and Rosario Central drew 1-1 by the seventh date of the 2021 Professional Football League Tournament. The match it was intense, […]

Unless you have been under a rock, you have heard plenty of coverage of the World Cup 2018 in Russia. The first […] 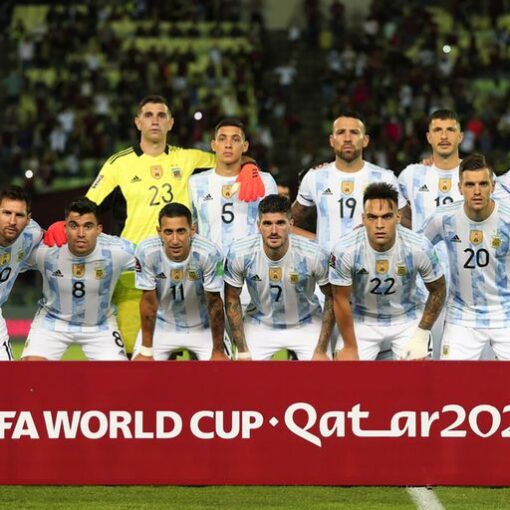 The four footballers of the Argentine selected acting in England were at the center of a controversy in Brazil, whose health authorities […]